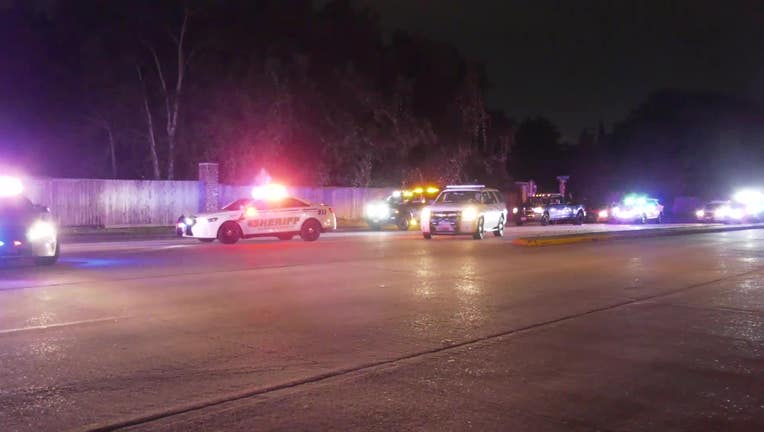 A girl was struck by a vehicle on Huffmeister Road around 3 a.m. October 17 and rushed to the hospital with serious injuries.

An 8-year-old girl was rushed to the hospital after she was struck by a vehicle early Thursday morning in northwest Harris County.

Deputies say the child’s mother reported before 3 a.m. that her daughter, who is autistic, had left her house for an unknown reason.

According to investigators, the girl walked to Huffmeister Road near Bella Drive and was standing in the middle of the road when she was struck by a passing vehicle.

Authorities say the driver stopped and called 911 immediately and did not appear impaired.

The girl was taken to the hospital by Life Flight. She is reported to be in critical but stable condition and is expected to survive her injuries.

Deputies are working to determine why the child was in the road.