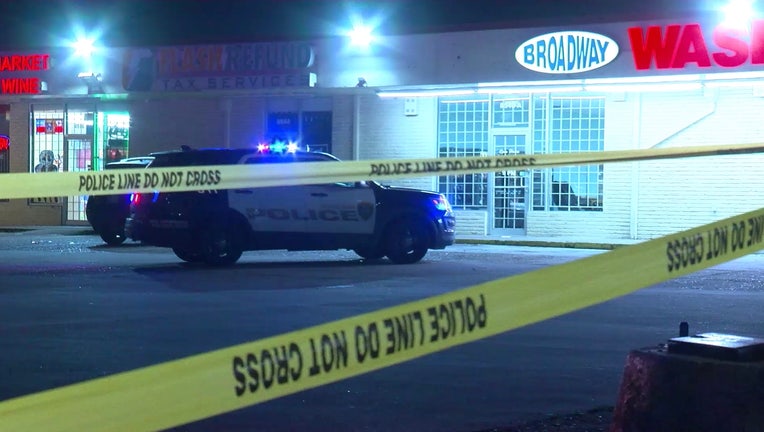 Police say a girl who was playing in a parking lot was struck by a bullet fragment when robbery suspects began shooting nearby.

HOUSTON - Police say a 7-year-old girl was hit by a bullet fragment while playing outside with her brother in southeast Houston.

According to the Houston Police Department, two male suspects robbed another man at an apartment complex in the 8500 block of Broadway around 9 p.m. Tuesday.

Police say after the suspects robbed the man, they thought he was trying to run and catch up to them, and they began shooting at the intersection of Rockhill and Broadway.

At some point, a bullet fragment struck a young girl who was playing nearby with her brother in the parking lot of a washateria, authorities say.

The girl was struck in the stomach and taken to the hospital. She is said to be in stable condition.

Police are still searching for the two suspects. They were possibly in a 2005 or 2007 silver Malibu.

Anyone with information is asked to call police.