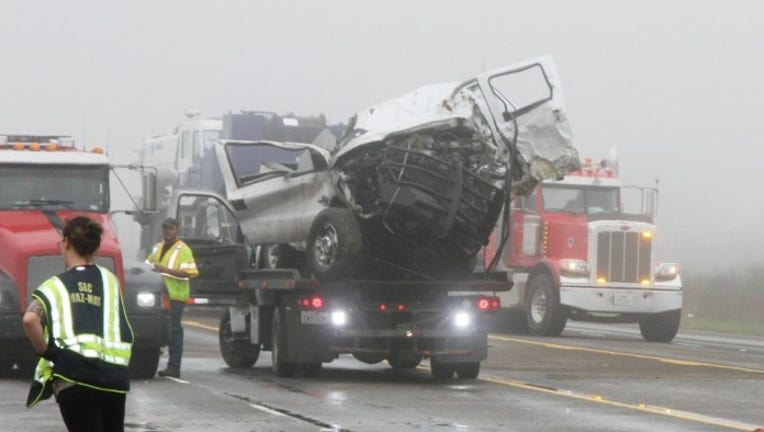 Dayton Police say around 6:30 a.m. officers responded to the 10000 block of SH 146 in response to a major accident involving a head-on collision.

According to police, a Chevy Silverado traveling southbound on SH 146 veered into oncoming northbound traffic striking a white Ford F250.

There were three people in the Ford F250. All of whom died at the scene.

According to Bluebonnet News, the three people were in a fleet vehicle and may have been on their way to work when the accident happened.

The driver of the Chevy Silverado was also killed in the crash.

The third vehicle was a Chevy Cobalt. The driver of that car was transported with minor injuries to a local hospital.

There is no word on what caused the accident.