RICHMOND, Texas - Fort Bend County streets are a little safer for residents thanks to the district attorney's anti-gang operation ended with dozens of arrests and the seizure of drugs and firearms.

"As District Attorney, I'm not content with simply responding to crime that's already committed," Middleton said. "I have committed my office to be proactive which means going out and pursuing criminals and making sure that we arrest and prosecute them."

According to the DA's office, Operation MARGO resulted in: 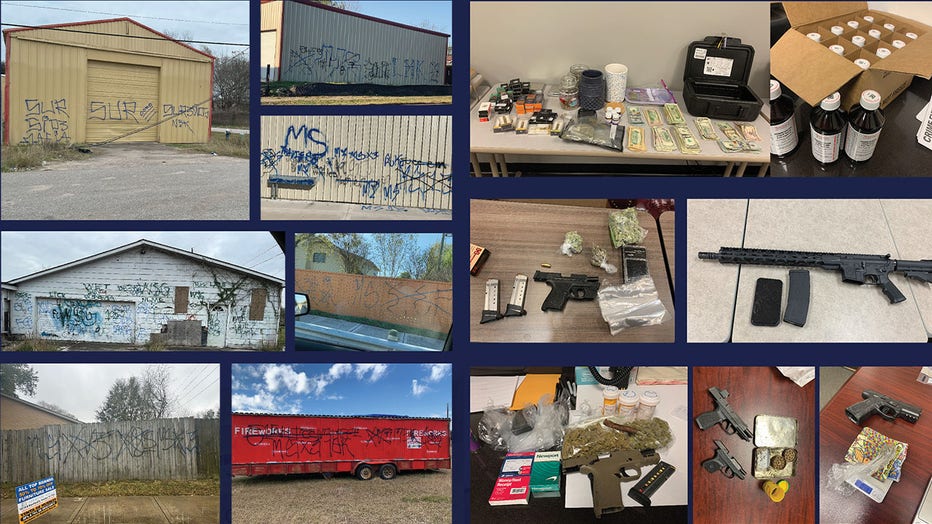 "Ninety-three arrests take a lot of effort and law enforcement worked tirelessly to make this operation a success," said Special Crimes Chief Prosecutor Mark Hanna in a statement. "This type of coordinated effort makes it harder for street gangs to do business in Fort Bend County. And our goal is to put them out of business."

Hanna confirmed during the press conference Tuesday that more than 11 different gangs were identified during the operation.

While MS-13 wasn't among the gangs represented in the arrests, Middleton said they are present in Fort Bend County.

"If you want to know whether the MS-13 is active in Fort Bend, yes, they are. I can tell you that," he said. "I don't think there's a gang not represented in Fort Bend County."

Wanted: Woman charged for luring man to MS-13 ambush, where he was hacked by machete and shot to death

Karla Jackelin Morales was supposed to go to trial in October for her role in the 2018 murder of Jose Villanueva, but she cut off her GPS ankle monitor and jumped bail.

Where in Fort Bend County did the operation take place?

"We live in these communities as well," said Middleton. "So we take pride in what we do because we want our community to be as safe as possible. And that means pursuing these criminals and making sure as the prosecution unit that we hold them accountable and lock them up and put in where they can not harm anyone else."

District Attorney Middleton also extended his thanks to the law enforcement agencies that collaborated in the initiative.

Many residents in one part of Fort Bend County tell FOX 26’s Tiffany Justice a recent drive-by was the last straw and want something done before it gets out of control.

While officials didn't say parents should be worried gangs have infiltrated their schools or have initiated them into membership, they did say to be observant and hyper vigilant of their own children.

"You'll see a change in clothing. A change in behavior. Their group of friends will change," said Damaris Arce, Gang Investigator at Fort Bend County DA's office. Arce added that parents should look for grades dropping or missed classes.

Things parents can look out for:

DA Middleton says parents should monitor their kids' social media activity and look for the signs that may be associated with gangs, which may be on their friends' pages.

He added that, unfortunately, peer pressure is very effective.

"You will have a good, well-behaved child who's, as a result of peer pressure, duped into joining these gangs and doing things they may not otherwise do, or may not have the strength to do. Sometimes they join gangs for protection," Middleton said. "So we as parents have to be especially cognizant of these risks and paying attention to our youth and making sure they're protected.