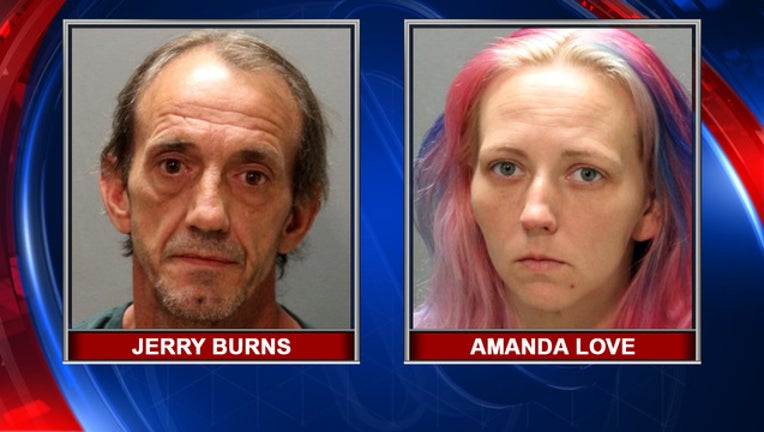 JACKSONVILLE, Fla. (AP) - Police say a 50-year-old Florida man and his 30-year-old mistress hired someone to kill his wife and make it look like a bungled burglary.

Burns told officers he left for work May 9 and a family friend found his wife's body later that day. Investigators discovered Burns and Love were having an affair.

Waldrup says the couple offered someone thousands in cash and a portion of Burns' life insurance policy as payment to kill her.

Attorneys for Burns and Love aren't listed on jail records.