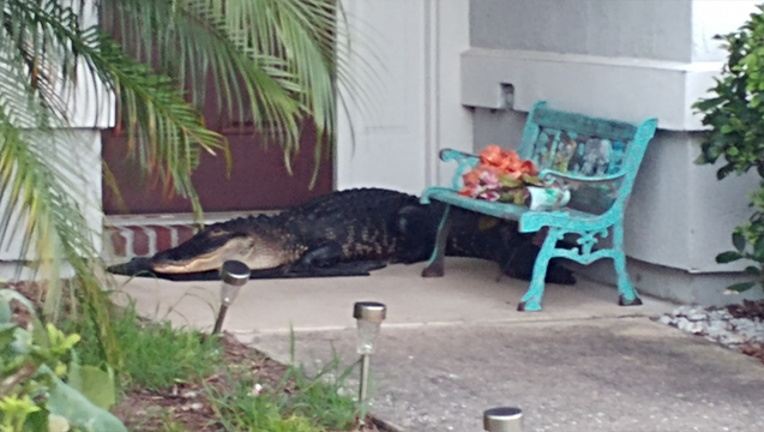 MIDDLEBURG, Fla. (FOX 35 ORLANDO) - Just imagine coming from a 10-hour overnight shift, wanting to get into bed---and an alligator is blocking your front door.

It was a real thing for one Florida man.

Michael Prestridge had just got off work from his job at the Amazon Fulfillment Center on June 1. Tired and ready to relax, he started walking to his front door, but was greeted by an unexpected visitor: an over 6-foot alligator!

"I thought it would be smaller and thinner than what he was saying but..nope! 6-7 feet, fat and heavy!!" wrote Rick Prestridge on Facebook. "If it wasn't for his funny story about running, I'd probably still be asleep lol."

A trapper was called to haul the gator away.