Prior to the visit, DeSantis had deployed Florida law enforcement to Texas to assist in border security efforts after Governor Greg Abbott announced his plans to spend at least $250M on a border wall.

Both governors say the blame falls on the Biden administration for the number of migrants crossing the border, emphasizing that they believe the previous administration's stance on immigration was more effective.

"Your success is really America's success. We need this to work. Obviously, we'd like to see the old policies of the previous administration simply put back in," said DeSantis. 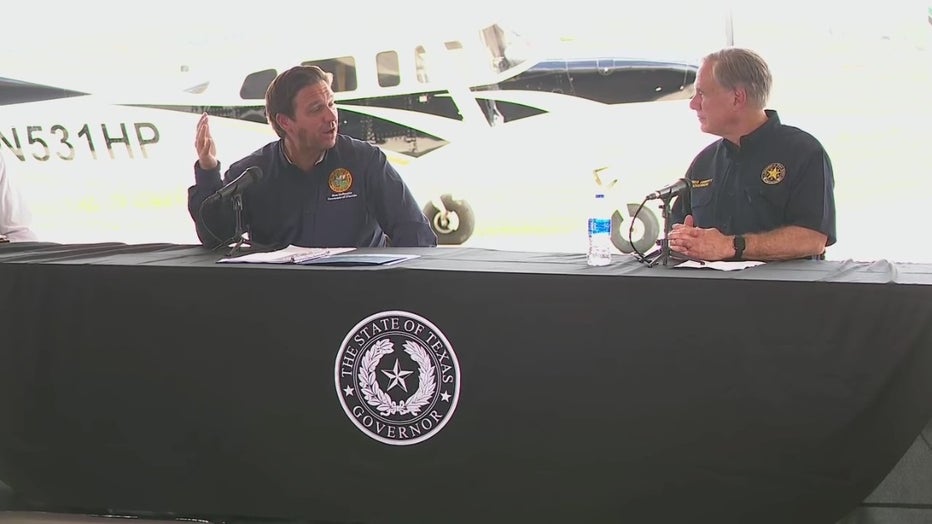 Governor Abbott and Florida Governor Ron DeSantis are meeting with state and local officials as well as law enforcement in Del Rio.