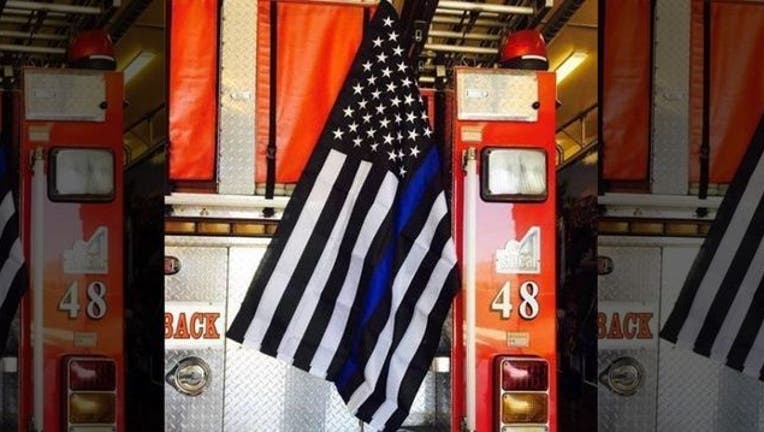 A group of firefighters in Riverside County, California wanted to honor police officers killed in Baton Rouge and Dallas.

So firefighter Eric Hille decided to display a pro-police flag on one of the fire engines at Sunnymead Ranch Station 48. You’ve probably seen the flag — it’s black and white with a  blue stripe through the middle — symbolizing the “thin blue line.”

He posted the flag on July 17 -- just a few hours after a gunman attacked officers in Baton Rouge, killing three.

“We just wanted to show our support for law enforcement,” Mr. Hille told me. “We wanted them to know that we stand shoulder to shoulder in solidarity with them.”

Police officers appreciated the goodwill gesture — but some people did not. The following day the fire chief sent an email to the firefighters — telling them the flag had to come down. “Our foremost concern was whether the flag could create a safety risk for emergency responders due to extremists targeting the fire engine or for people following the fire engine and not being able to see the warning lights,” the chief wrote.