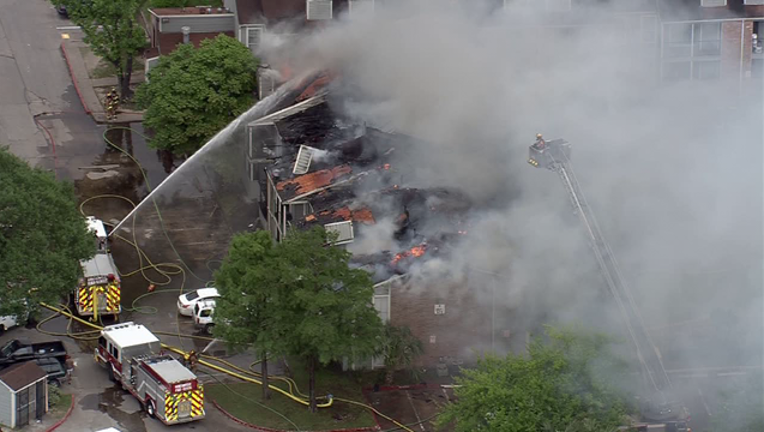 HARRIS CO., Texas (FOX 26) - Twelve apartment units are damaged after a three-alarm fire broke out at a complex in northwest Harris County.

It happened Friday afternoon at the Timbers of Inwood apartment complex on the 5800 block of W. Gulf Bank Road near Antoine Drive.

The Harris County Fire Marshall's Office says one firefighter was injured, but was treated and released at the scene.

Thankfully, no other injuries have been reported.

All occupants have been accounted for, except for those of one unit.

There's no word on what sparked the fire.