The victim's family says this is another step in the right direction but believes the full truth is far from out yet.

Two residents, Dennis Tuttle and Rhogena Nicholas, were shot and killed in their southeast Houston home during the botched drug raid on January 28. Four police officers were also injured in a shooting at the raid.

The FBI says Gerald Goines, Steven Bryant, and Patricia Garcia have been hit with federal charges. 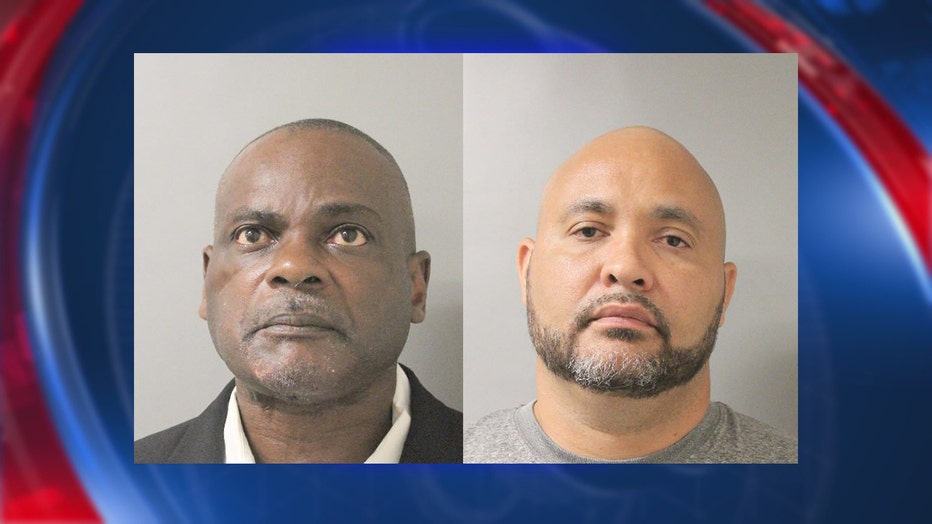 Goines is charged with two counts of depriving the victims’ constitutional right to be secure against unreasonable searches. The indictment alleges Goines made numerous materially false statements in the state search warrant he obtained for their residence.

Goines and Bryant are charged with obstructing justice by falsifying records. Goines allegedly made several false statements in his tactical plan and offense report prepared in connection with that search warrant. The indictment alleges Bryant falsely claimed in a supplemental case report he had previously assisted Goines in the Harding Street investigation. Bryant allegedly identified a brown powdery substance, likely heroin, he retrieved from Goines’ vehicle as narcotics purchased from the Harding Street residence Jan. 27.

Goines is represented by Attorney Nicole DeBorde in state court. She appeared with him in federal court on Wednesday. She told reporters she looks forward to defending her client.

"Keep in mind that all we have is an allegation. And, that allegation in the indictment certainly does contain what the government seems to believe it will be able to show in support of that indictment, but we're going to have to take a look at why they brought these charges in this way to determine whether or not there could be double jeopardy," DeBorde said.

The charges against Garcia allege she conveyed false information by making several fake 911 calls. Specifically, on Jan. 8, she allegedly made several calls claiming her daughter was inside the Harding Street location.

If convicted of the civil rights charges, Goines faces up to life in prison. Each obstruction count carries a potential 20-year sentence, while Garcia faces a five-year term of imprisonment for conveying false information.

The FBI is conducting the investigation.

Garcia, the 911 caller, had not previously been charged in the case.

VIDEO: A look at the aftermath of the botched Harding Street drug raid

Rhogena Nicholas' brother, John, spoke to FOX 26 on the phone from his home in Louisiana. He believes this is another step in the right direction but feels more poeple were involved.

"I don’t want this to happen to another family," he said.

He hopes his family, particularly his mother, will soon find out what happened and why.

"She’s 85 and she just wants some kind of closure and until she finds out exactly what happened, or close to what happened, she’s not going to have closure," John added.

The legal counsel of Nicholas family released this statement following the FBI's announcement: "We hope the Nicholas family's quest for justice in the death of Rhogena will be expedited by the FBI’s actions today. The investigation of the rogue Harding Street raid and the Houston Police Department must continue as far and wide as necessary. If city officials continue to refuse to disclose what happened in these HPD killings, we hope federal authorities will do so. The federal indictments confirm the breadth and depth of the lies told to justify the raid before and after the death of Rhogena Nicholas."

The District Attorney's office has reviewed more than 2,000 cases involving Goines and Bryant.

As a result of this raid, which garnered national attention, HPD Chief Art Acevedo announced no-knock warrants will no longer happen in most situations.