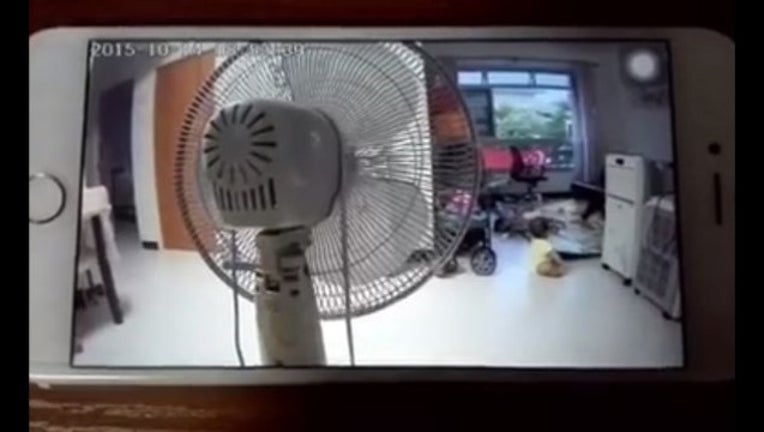 Singapore resident Christopher Sun recently installed a surveillance camera in his home due to suspicious bruises found on his two-year-old daughter Mikayla. He was however still shocked to find footage from the camera showing his family maid kicking his daughter Mikayla to the ground.

The video, shared on Facebook has been viewed over 31,000 times since being uploaded.

In text accompanying the video, Sun wrote, “My daughter is merely 2 yrs old, how can a maid do such things to her? Happily having her dinner, unknowingly out of nowhere a sudden kick from her had landed my Mikayla’s head hit hard on the floor.”

Local media reported that Sun has filed a police report on the matter. The video from Sun on the matter is included below.

In a post following the discovery of the video, Sun shares that he has since fired the woman. He also has some choice language for her (post contains some graphic language).