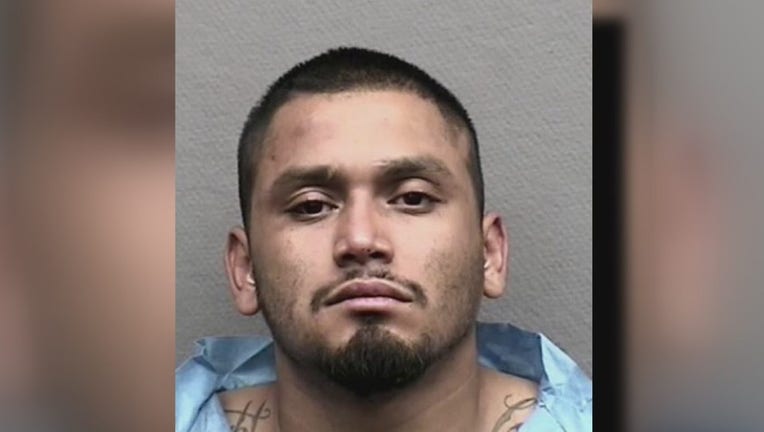 HOUSTON - Nearly two and half years have passed since Jonathan Mendez hammered his GMC Envoy into a tree while driving drunk.

Tests later showed he was three and a half times over the legal limit.

In the 28 months since his indictment for vehicular manslaughter, Mendez, a convicted felon, has bonded out of custody four times after skipping 41 drug and alcohol tests.

Mothers Against Drunk Driving Executive Director John McNamee is troubled Mendez and others like him are still free and likely out on Harris County streets.

"It's outrageous and it's dangerous. It's putting you, me, everyone's family in serious danger because they are out in the public, out on the road," said McNamee.

After pleading guilty to the manslaughter charge, Mendez was released from Harris County Jail a fourth time on November 20 by Judge DaSean Jones – an unconditional, personal recognizance bond granted over the objection of Harris County prosecutors who view the 29-year old serial offender as a major flight risk.

Mendez, who is facing five years to life on the manslaughter charge, is set for a sentencing hearing in just twenty days if he shows up.

"What more do you want? You have the State telling you he is a flight risk. You know someone has already lost their life. He is already violating the condition of his bond. What more does the judge need to make this decision? This an elected judge of Harris County. You should have some common sense," said Joe Gamaldi, President of the Houston Police Officers' Union

Joe Gamaldi says the leniency shown Mendez is just the latest episode in a much bigger meltdown of Harris County Criminal Justice.

Multiple calls to Judge Jones and his staff Wednesday afternoon were not answered. Jonathan Mendez is due back in court on December 13.

Prosecutors with the Harris County District Attorney's office have proposed a 30-year sentence.