The former vice president made his announcement on Aug. 11.

President Donald Trump and his re-election campaign wasted little time in targeting California Sen. Kamala Harris after she was tapped on Aug. 11 as Joe Biden’s running mate for the 2020 presidential election.

But records show that both Trump and his daughter, Ivanka Trump, made contributions to Harris’ campaign for California attorney general as recently as 2014, prior to her becoming a senator. 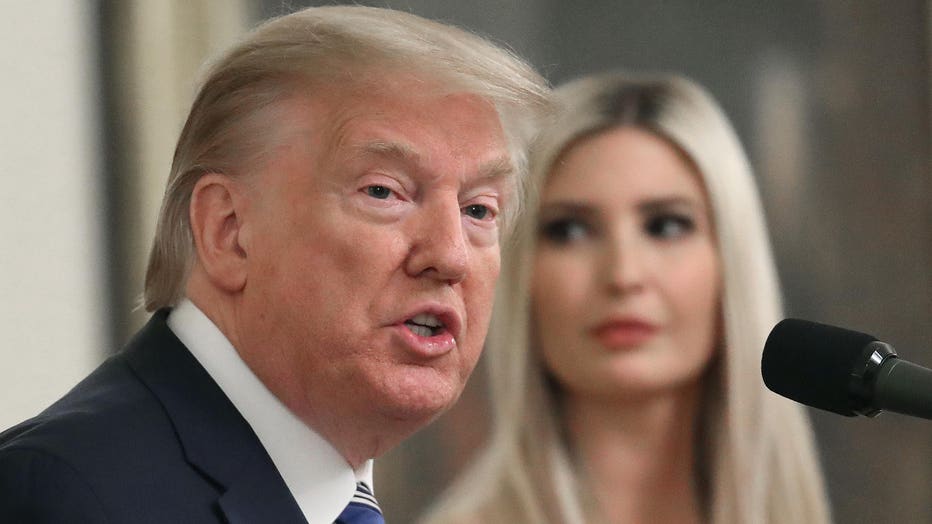 President Donald Trump delivers remarks on supporting small businesses through the Paycheck Protection Program while flanked by White House advisor Ivanka Trump in the East Room of the White House on April 28, 2020 in Washington, D.C. (Photo by Win M

Both of the Trumps were private citizens when they contributed. Prior to becoming president, Trump made financial donations to many other Democrats and Republicans, including former Secretary of State Hillary Clinton, New York Gov. Andrew Cuomo and Texas Gov. Greg Abbott, according to Ballotpedia, a nonpartisan online political encyclopedia.

Biden named Harris as his Democratic vice-presidential candidate on Tuesday, fulfilling his promise to select a woman as his running mate.

Harris, a 55-year-old former prosecutor, had been considered a favorite throughout Biden’s search — serving as a regular surrogate for him for months. The pair appeared at ease during online fundraisers together.

They will nonetheless have to paper over some differences exposed during the early primary campaign, from Harris’ initial support for a single-payer health insurance system to her deeply personal debate-stage attack against Biden over his opposition to federally mandated busing to integrate public schools in the 1970s.

Trump’s campaign immediately seized on those circumstances, with the president tagging Harris as “Phony Kamala” and casting her as the latest evidence that Biden, a five-decade veteran of the Democratic establishment, is captive to “the radical-left.”

Biden’s campaign seemed prepared for the counteroffensive on Wednesday, noting that on July 29, Trump told reporters that Harris would be a “fine” choice.

In an Aug. 11 press conference after the announcement, Trump said that he was "surprised" that Biden picked Harris as his running mate.

Trump claimed Harris performed poorly in the primaries, while also saying she was "nasty" to now-Supreme Court Justice Brett Kavanaugh during his confirmation hearings.

"She was my number one draft pick and we'll see how she works out," the president said.