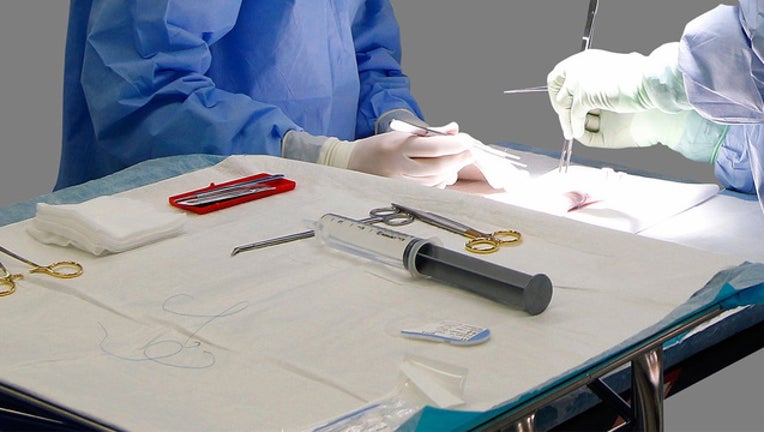 NAPA, Calif. (AP) — A California man went to an emergency room with a terrible headache and nausea, slipped into a coma, and was told a tapeworm larva had been living in his brain when he woke up.

"I was shocked," Ortiz said. "I just couldn't believe something like that would happen to me. I didn't know there was a parasite in my head trying to ruin my life."

The surgery and the aftermath have greatly impacted his life, Ortiz said. He had to drop out of school, move back home and find a temporary place for his dog. He can't drive or work.

"My memory is like a work in progress," he said. "It gets better from therapy," but he has to remind himself to do his memory exercises and other daily tasks.

Ortiz's neurosurgeon, Dr. Soren Singel, said Ortiz was lucky he arrived at the hospital when he did.

The worm was forming in a cyst that was blocking the flow of water to chambers in his brain, "like a cork in a bottle," Singel told the Napa Valley Register (http://bit.ly/1RQzfHc ).

Another 30 minutes of that blockage, and "he would have been dead," Singel said. "It was a close call."

Ortiz said his headaches began in late August and he didn't think much of it at first.

"I just ignored it," said Ortiz, who was attending California State University, Sacramento.

During the first days of September, Ortiz had been skateboarding on a warm day when the pain increased. When he arrived at his mother's house, he appeared disoriented and began to vomit. She rushed him to the hospital.

Singel said such parasitic worms in a body aren't too uncommon. The problem occasionally occurs if people eat pork infected with worms, he said.

The U.S. Centers for Disease Control and Prevention said infection from pork tapeworms is a problem worldwide and is spread most easily in developing communities where pigs have access to human waste and where hygiene and sanitation are poor.

Tapeworm larvae can cause cysts in the body, including the brain and spinal cord, and are common enough that the World Health Organization calls the problem the most frequent preventable cause of epilepsy worldwide.

Tapeworm eggs likely made it into Ortiz's intestine from something he ate and eventually the single larva made it into his brain, Singel said.

People can help prevent contamination by proper washing of hands, washing and peeling raw fruits and vegetables before eating, and being careful about drinking only safe water while traveling.