Fontana Police arrested a man accused of sexually assaulting an elderly disabled woman inside her home.

FONTANA, Calif. - When a rapist broke into her apartment, a Fontana woman began praying out loud and telling her attacker, "I’m praying for you, God loves you."

The victim’s daughter said, "She is by far the strongest person we've ever known in our whole lives."

The victim is a 58-year-old mother and grandmother. She couldn’t physically fight off her attacker because she is paralyzed from the waist down.

The assault happened on  June 1 around 1 a.m.  A man broke into the victim’s first-floor apartment through an unlocked window. Once inside, he stayed there for hours sexually assaulting the woman repeatedly.

The next day, Fontana police arrested 28-year-old Raul Christopher Alzaga, a documented gang member who was on felony probation. 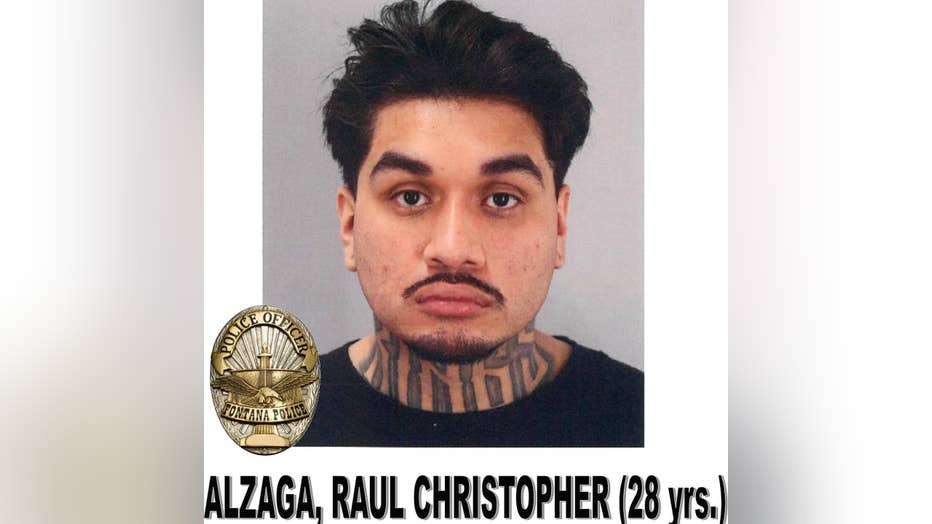 "He actually entered another victim’s house through an open door, that victim screamed and then a family member scared him off, and then shortly after he entered that second victim’s house where he committed that violent sexual assault," Public information officer Kevin Anderson said.

Alzaga was captured on security video wearing a t-shirt that says "Stop Snitching." He could be seen on video checking to see if doors and windows were locked.

"He found a window that he popped out the screen and came in," said the victim’s daughter.

Despite being sexually assaulted, the victim and her daughter believe she wasn’t killed for one reason.

"She was able to survive this attack by praying, by speaking to this individual words of prayer and that's why she is alive with us today."

When police tried to arrest Alzaga he led them on a short pursuit. He was eventually captured but he did something that shocked the arresting officers.

"He took out a knife on his person. He started to cut his own throat while officers are trying to apprehend him," said Anderson.

As for the victim, she doesn’t feel safe living in the same apartment. Her family has set up a GoFundMe account in hopes of raising enough money to move her to a new home.

The daughter says if she could speak with Alzaga she would say, "Thank you for not killing my mom. God loves you, repent for your sins. Don't ever hurt anybody like this again."