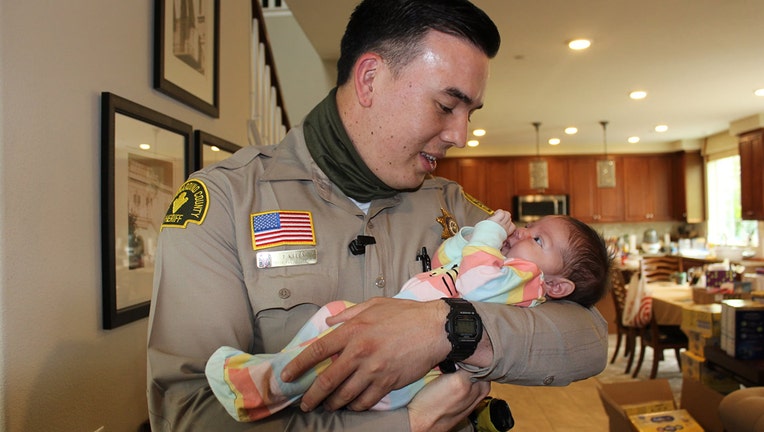 RANCHO CUCAMONGA, Calif. - A San Bernardino County Sheriff's deputy is being credited for heroically saving the life of an unresponsive 10-day-old girl.

Authorities said that on the evening of April 29, Deputy Joshua Kelly responded to an unspecified medical aid call in the city of Rancho Cucamonga.

He was the first to arrive at the home and was still unsure of what the actual emergency was. When he ran inside the home to assess the situation, a young woman, who was a caretaker for the family, handed deputy Kelly a 10-day-old baby girl.

The baby was not breathing and her lips were turning blue, authorities said.

Deputy Kelly immediately began CPR and put the baby face down on his forearm. For several minutes, the deputy gave the baby back thrusts then turned her over and began chest compressions.

Despite feeling the baby go limp in his arms, deputy Kelly refused to give up.  He continued CPR for several more minutes and the baby finally began taking small breaths.

She was taken to the hospital and released a few hours later.

According to the Rancho Cucamonga Police Department, deputy Kelly later visited the family’s home to officially meet Victoria and her twin sister Abigail. The family was grateful for the opportunity to meet deputy Kelly and called him an angel. 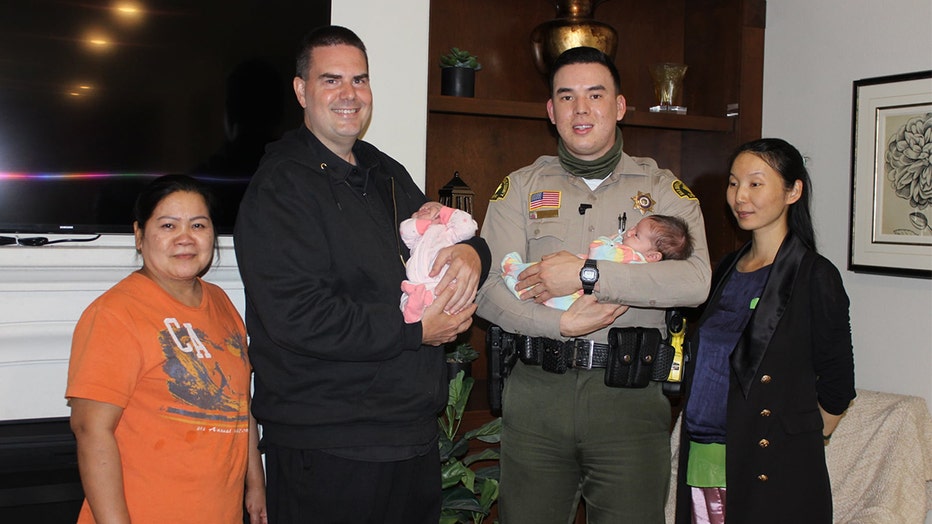