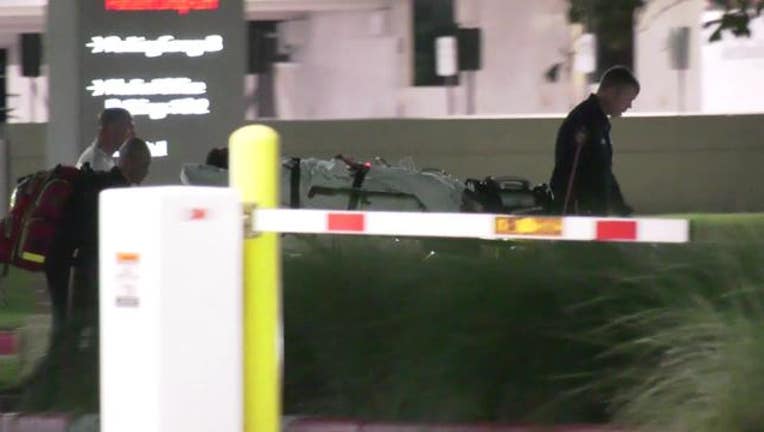 KATY, Texas (FOX 26) — Harris County Sheriff's Office deputies have taken a suspect into custody after a fellow deputy was shot and injured in outside a Katy-area home.

Brady Joseph Ray, 39, was carrying a pistol when he was detained a couple of miles away from the northwest Harris County neighborhood where the deputy was shot. Harris County Sheriff Ed Gonzalez later announced that Ray was charged with aggravated assault (serious bodily injury), aggravated assault against a police officer, and burglary of habitation w/intent to commit assault.

A spokesman for HCSO said that Ray arrived to the home of his ex-wife and tried to break into the house on Plantation Tree Court south of West Little York Road in the Katy area.

The first deputy who arrived to the home was shot in the upper leg. A second deputy arrived and drove the injured law enforcement officer to Houston Methodist West Hospital. The injured deputy was later taken by Life Flight medical helicopter to Memorial Hermann Hospital — Texas Medical Center.

Ray's ex-wife was not injured and spoke with HCSO investigators.