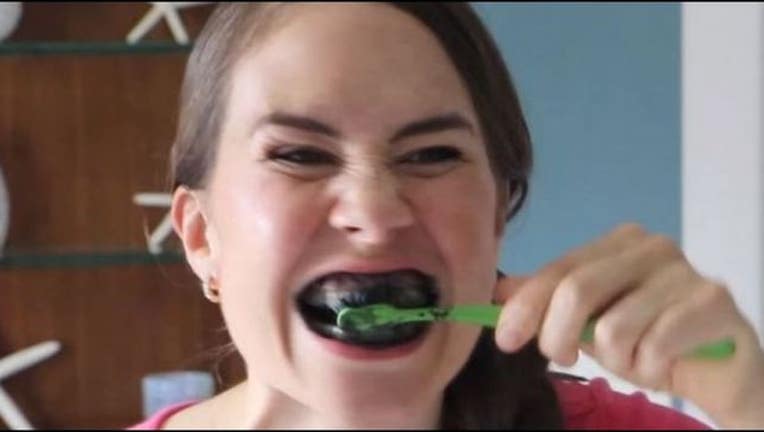 (FOX NEWS) - Medical professionals are warning against using a DIY whitening trend that involves smearing a charcoal-derived black mixture on teeth. The method, which dentists say may lead to enamel deterioration and tooth erosion, became an online sensation this month after YouTube user Mama Natural posted a video that details its execution began striking fire online. As of Monday morning, it had amassed more than 1.5 million views.

In the video the host Genevieve brushes her teeth with the supplement for three to five minutes before rinsing and proclaiming she then had seemingly whiter teeth. She said the product can be purchased in capsule form in health food stores or online.“This stuff is highly absorbent— some of the most absorbent material on the planet,”

Genevieve said in the video. “In fact, hospitals have it on hand in case someone comes in with a poisoning because it can absorb that stuff and safely remove it from the body. The same reasoning works for our teeth. It absorbs bacteria, toxins and staining, and makes them whiter as a result.”

But while the cosmetic result of the method may hold true for some users, the long-term internal effect may harm other people’s teeth, dentists say. The American Dental Association has currently not evaluated or approved any charcoal teeth whitening products. A spokesman for the organization previously told Prevention the product is concerning because its abrasiveness isn’t known.