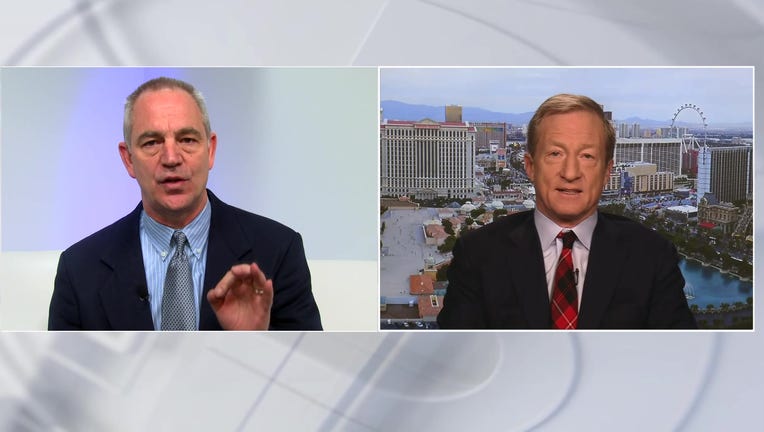 One on one with Democratic presidential candidate Tom Steyer

Greg Groogan talks with Democratic presidential candidate Tom Steyer via satellite on a variety of topics including his electability, the environment "We are going to have to rebuild the United States, including Texas and that is going to create literally millions of good-paying union jobs over four and a half million," Steyer said.

Greg Groogan talks with Democratic presidential candidate Tom Steyer about his campaign and the issues, including immigration, healthcare, the environment, and the economy.

"We can control our borders, but we have to somehow, stop pretending that people who want to come here are bad."