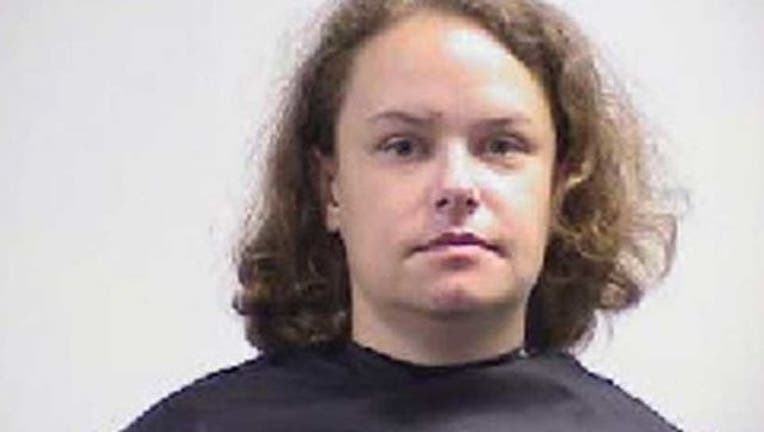 PICKENS, S.C. (AP) — When Suzanna Simpson spent six days in the hospital for severe mental illness, doctors urged her husband to get all of the guns out of their house for safety.

About a year later, Simpson woke up at 4 a.m., put on a headband with a small light, worked the combination on the gun safe and ambushed her husband, and their 7-year-old daughter and 5-year-old son as they slept. She said she tried to kill herself, but loaded the wrong ammunition in the gun. Simpson told a psychiatrist she thought the whole family would be reincarnated in a better world.

Four days of testimony ended Thursday in Simpson's murder trial. A jury will now determine if she was insane and should go to a mental hospital until she regains her sanity or if Simpson, 38, is guilty and should get extra mental health treatment during her 30 years to life in state prison.

The case is another example of guns and mental illness intersecting in a country that struggles with both. One month before the killings in this county of 120,000 people, the same prosecutors, defense lawyers and even psychologist were in the same courtroom. A woman with multiple personalities pleaded guilty but mentally ill and received a life sentence for killing her two adult sons, her ex-husband and her stepmother.

Susan Hendricks killed her family for $700,000 in life insurance, prosecutors said. Her lawyer said she was consumed by a mental illness made worse through a childhood of abuse by both parents.

The key thing the jury must determine is if Simpson knew right from wrong in May 2013 when she shot her at husband six times. He survived but has to use a wheelchair and has no short-term memory and other brain damage. Simpson shot at her daughter five times and her son four times, investigators testified. All were wounded in the head.

Prosecutors said there are clues that show while Simpson was mentally ill, she knew what she was doing. She wore the headlamp and loaded the gun in the laundry room to not wake anyone up. She shot her husband first so he couldn't save the kids. And after loading the gun right, she managed to put in the wrong ammunition when it was time to kill herself, prosecutor Betty Strom said.

"She might not have been able to control herself," Strom said. "But she knew what she was doing was wrong."

After less than two hours of deliberations, the jury asked the judge to tell them the difference between guilty and guilty but mentally ill. The judge reread his charge.

Strom pointed out people with mental illness can still hold jobs — Simpson worked at a bank for years — and raise a family. The kids were well taken care of, their school reported.

Simpson first was diagnosed with depression in college, and her mental problems worsened after having children. Psychiatrist Jeff Smith started treating her in 2010, seeing her 34 times in three years. The last time was in February 2013, when he said she appeared in great shape and scheduled a follow up in four months. The killings happened three months later.

"In my 26 years of practice, I have never had anything surprise me as much as this case did," Smith said.

A motive has eluded authorities. Prosecutors pointed out that she told family members her husband has said "it was over" because she couldn't properly take care of her children. Mauldin said Simpson was hearing voices, so no explanation is going to make sense.