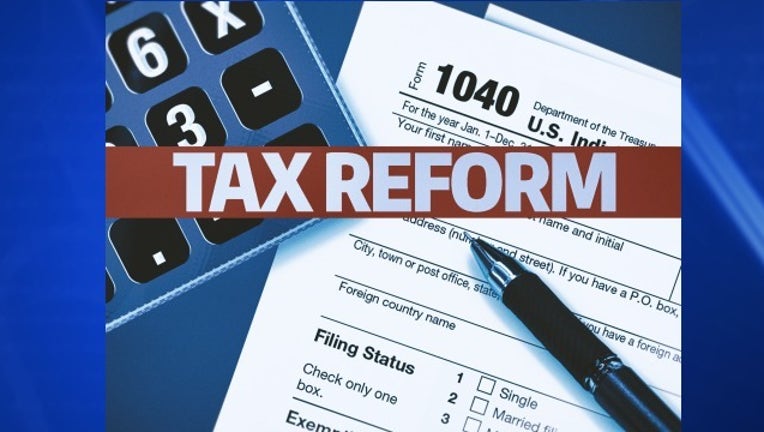 WASHINGTON (AP) - House lawmakers are debating a Republican proposal to expand the new tax law by making permanent the individual tax cuts now set to expire in 2026. But the move is undercut by election pressures faced by GOP lawmakers from high-tax states where residents are hurt by the law's limits on state and local tax deductions.

The tax-writing House Ways and Means Committee took up the legislation Thursday. Prospects for the measure, which Democrats unanimously oppose, are dim in the Senate - and it may not come to a vote by the full House before the November elections.

House Republican leaders are portraying the second crack at tax cuts as championing the middle class and small businesses.

"We must keep building off the momentum from last year's tax reform to ensure our economy keeps booming," Republican Rep. Kevin Brady of Texas, who heads the committee, said at the start of the session.

But as the midterm elections loom in two months, polls are showing only lukewarm support among voters for the $1.5 trillion package of individual and corporate tax cuts that President Donald Trump signed into law in December as his signature legislative achievement.

And about a dozen Republican House members, facing tough re-election fights in the high-tax, Democratic-leaning states of New York, New Jersey and California, voted against their party's tax legislation last year and oppose this new version as well. The GOP lawmakers are pushing to hold onto their seats in relatively affluent suburban districts where Trump is unpopular.

The vulnerability of a critical bloc of GOP lawmakers presents an opportunity for Democrats, who are looking to recapture a majority in the House.

The new Republican proposal also calls for new tax incentives for savings by creating a "universal savings account" for families that could be used for a range of purposes and would allow the tax-free earnings to be more easily withdrawn than is the case with existing retirement accounts. In addition, the Republican plan would allow the popular, tax-free 529 college savings accounts to also be used to pay for apprenticeship fees and home schooling expenses, as well as to pay off student debt. Also, workers would be able to tap their retirement savings accounts without tax penalty to cover expenses from the birth of a child or an adoption.

Startup businesses would be permitted to write off more of their initial costs.

Democrats, meanwhile, kept up their criticism of the Republican tax law, as well as the proposed expansion, in the committee session.

"Republicans are cutting taxes on the rich for the second time in less than a year," said Rep. Richard Neal of Massachusetts, the panel's senior Democrat.

Rep. Ron Kind, D-Wis., called the session "strictly a political exercise" with an eye to the coming elections. In recent months, the new tax law "went over like a wet blanket with our constituents back home," said Kind, who suggested voters are aware that the bulk of tax breaks are going to wealthy Americans and big corporations.

The session led by Brady was intended to finish shaping the new legislation and point it toward a vote by the House. A series of Democratic amendments were swiftly defeated by the Republican majority on the panel.

They included a measure by Rep. Bill Pascrell of New Jersey to repeal the $10,000 cap on federal deductions for state and local taxes that came in the new tax law.

Residents in states like New York, New Jersey and California could see substantial increases in their federal tax bills next spring because of the deduction cap.

Four high-tax states - Connecticut, Maryland, New Jersey and New York - already have sued the federal government over the cap, asserting it's aimed at hurting a group of Democratic states and tramples on their constitutional budget-making authority.

And a dozen high-tax states have taken or are considering measures to get around the cap. Most of the workarounds take advantage of federal deductions for charitable contributions - which aren't capped - in place of the old deductions for paying state and local income taxes.

Prospects for the new tax legislation in the Senate are weak, given the slim Republican majority and concern over the potential for further blowing up the deficit with a new tax cut - without corresponding new revenue sources.