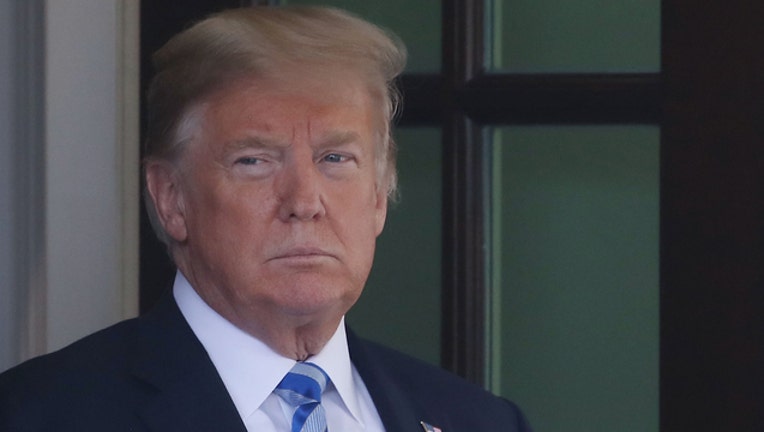 U.S. President Donald Trump waits for the arrival of Emir of Kuwait, SheikhJaber Al-Ahmad Al-Sabah, for a meeting at the White House, on September 5, 2018 in Washington, DC. (Photo by Mark Wilson/Getty Images)

Juli Briskman tells The Washington Post this week that she'll file paperwork to challenge Suzanne M. Volpe, a Republican who represents the Algonkian District on the Loudoun County Board of Supervisors in 2019. Briskman says she will run on increasing transparency in local government, among other things.

The 51-year-old marketing executive was on a bike ride in October 2017 and was photographed making the offensive gesture as Trump's motorcade drove by.

Briskman told her bosses what happened after the photo went viral and was asked to leave her government contracting job or face termination. She sued and won her severance claim, but her wrongful-termination lawsuit was dismissed.