WELLINGTON, Ohio - Former President Donald Trump was in Ohio on Saturday night for first campaign-style event since leaving the White House in January.

He's trying make good on his pledge to exact revenge on those who voted for his historic second impeachment.

Trump spoke at the Lorain County Fairgrounds not far from Cleveland, and offered his support to a former White House aide, Max Miller.

Miller is challenging Republican Rep. Anthony Gonzalez for his congressional seat. Gonzalez was one of 10 GOP House members who voted to impeach Trump for his role in inciting the Jan. 6 insurrection at the U.S. Capitol. 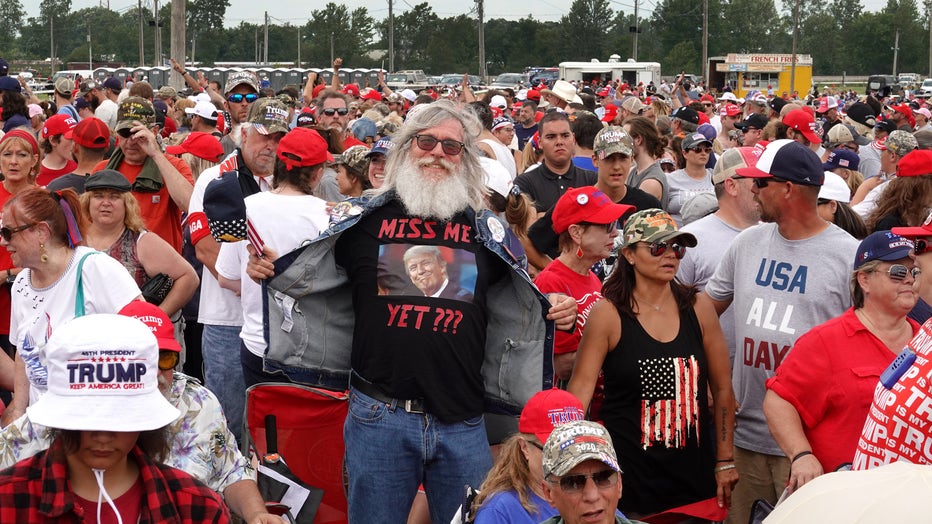 WELLINGTON, OHIO - JUNE 26: Supporters wait for the gates to open at a rally with former President Donald Trump at the Lorain County Fairgrounds on June 26, 2021 in Wellington, Ohio. Trump is in Ohio to campaign for his former White House advisor Max