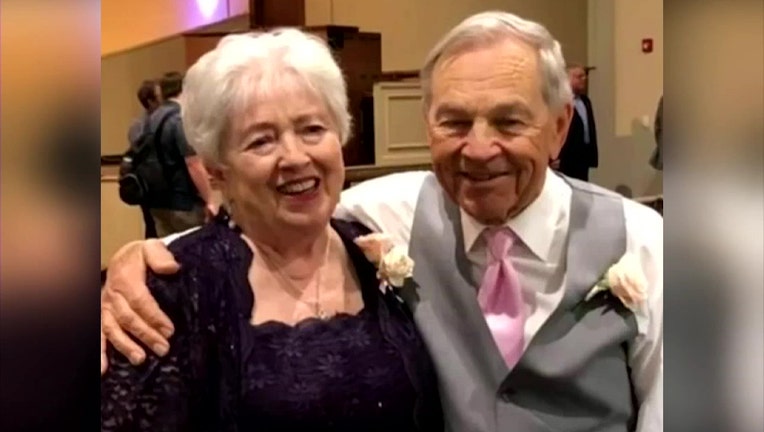 NASHVILLE, Tenn. - The storms that tore through Tennessee early Tuesday have left communities reeling from the loss of at least 24 lives, including a couple married for nearly six decades who died by each other's sides.

The devastation hit hardest in Putnam County, where a tornado tore a 2-mile-long path through the county early Tuesday, killing 18 people, including five children under 13. Three others died in Wilson County, two people were killed in Nashville's Davidson County, and one person died in Benton County.

The twisters ravaged communities as families slept, killing some victims in their beds.

Jim and Donna Eaton died at their Mt. Juliet home Tuesday after 57 years of marriage.

The couple died when their mattress was thrown from their bed, the Tennessean reports. Mt. Julian Police Capt. Tyler Chandler said they were “about as close as you can get."

They joined First Baptist Church Mt. Juliet in 1977 and taught Sunday school for 43 years. Jim Eaton, 84, served as a deacon. Donna, 81, was the church's finance director and still volunteered there after retirement.

Jim Eaton was a storyteller and jokester, and many times would laugh at his own jokes before he could finish them, his obituary says.

“They were humble, kind and lived life fully,” their obituary says. “Whether they were on their daily walks, cheering on the Cincinnati Reds, Bunko or card night, church fellowship or supporting their children, grandchildren and great-grandchildren through any activity they exemplified the love of God.”

In Nashville, 33-year-old Albree Sexton and her boyfriend, 36-year-old Michael Dolfini, were fatally injured by debris just after leaving Dolfini's workplace, Attaboy Lounge. The bar, which suffered structural damage, posted on Instagram that its team is “taking time to be together, to hold one another close, and to heal.”

The Fox Bar & Cocktail Club, where Sexton worked, sent out a statement saying employees were devastated over the loss of her and Dolfini.

"Albree was a talented and inspired bartender, but more importantly, she was a bright light and a truly wonderful person," said the statement from Fox Bar & Cocktail Club, which was emailed to The Associated Press. “She will be sorely missed by everyone who was lucky enough to know her.”

Two-year-old Sawyer Kimberlin died in the arms of his parents, Erin and Josh Kimberlin from Cookeville. They lost their lives trying to protect their son, the toddler's obituary says.

“Sawyer was passionate about congregational singing, he even had his own podium, pitch pipe, microphone, and songbook,” the child's obituary says. “His favorite hymn was Holy, Holy, Holy. He loved the moon, being outside, and was a Jedi like his father before him. Sawyer was loved by everyone that knew him, and he will be greatly missed.”