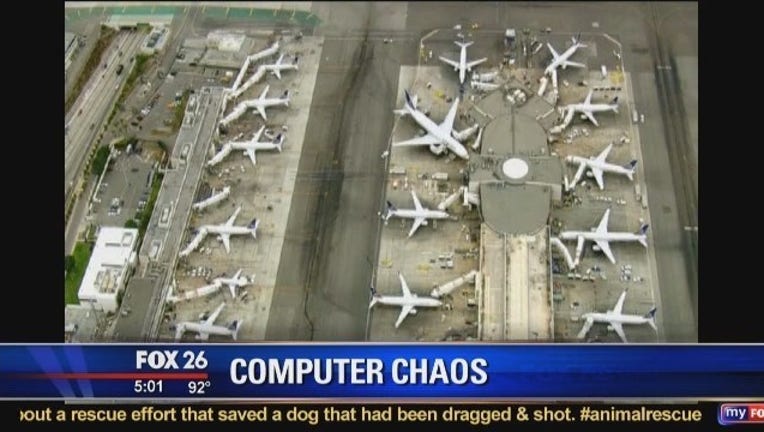 Air travelers have nightmares about this sort of thing... United Airlines grounded its entire fleet for hours stranding passengers from coast to coast and beyond.

"We were trying to check in yesterday and I just thought the internet was down and then we got here and it's crazy and all the computers were down." said one frustrated passenger.

The computers were indeed down, affecting 4900 flights worldwide. United eventually fixed what it says was a glitch, but then more trouble.

A short time later The New York Stock Exchange had to suspend trading. Again because of computer issues. A spokesperson says the problem was with a router. Along the way the Wall Street Journal's website went down.

Coincidence? Or cyber attack? Many people were asking that very question.

"We don't know what this was. When you start to look at multiple problems across multiple platforms somewhat disconnected from each other. That looks like a campaign." said U of H cybersecurity expert Chris Bronk

Federal law enforcement agencies had the same initial reaction, but later determined there was no foul play, and the Journal's page was probably just overloaded. The real problem, says Bronk, is that the computer infrastructure is too complicated, too delicate, and overloaded..

"There are multiple platforms that are interlinked and if one starts pushing a lot of data in an inaccurate way. Maybe the system has to be shut down and rebooted."

That, he says, applies to both the NYSE, United Airlines and many others waiting to fail.