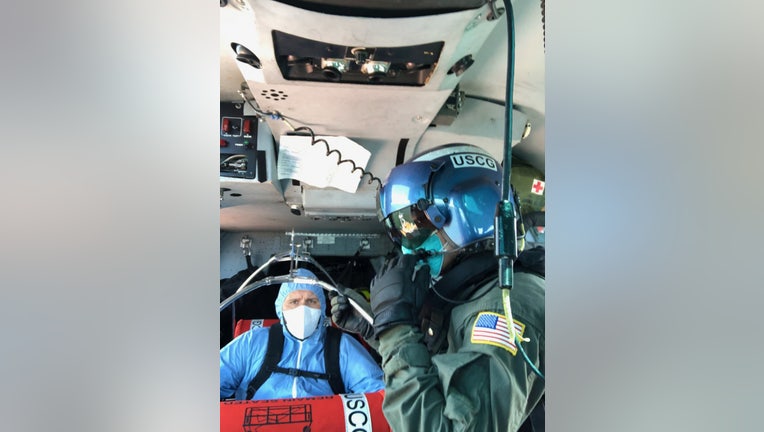 According to a release, Coast Guard Sector Houston-Galveston watchstanders received a report from the captain of the tanker vessel, Tosna Star, that a 36-year-old man who was experiencing shortness of breath.

An Air Station Houston MH-65 Dolphin helicopter crew was launched to the scene.

Officials said the helicopter crew was able to hoist the crew member to awaiting emergency medical services personnel at the University of Texas Medical Branch in Galveston.

The crew member was reported to be in stable condition.