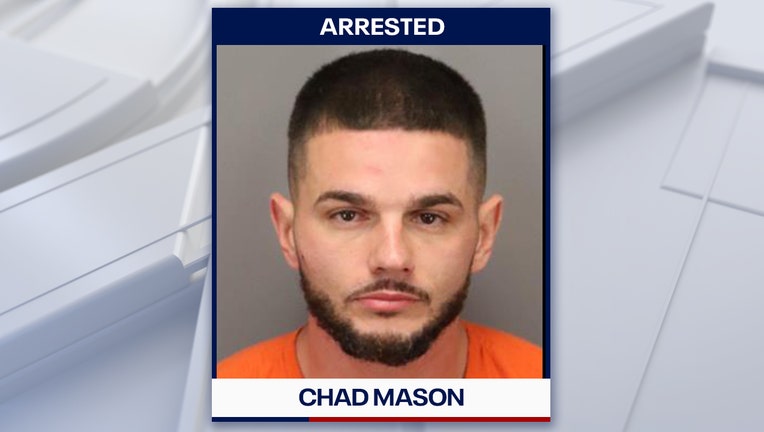 CLEARWATER, Fla. - An Orlando man was in Clearwater where he had sex with a goldendoodle in front of adults and a child, damaged a nativity display at a nearby church, and tried to steal a vehicle, police said.

Sunday, police arrested 36-year-old Chad Mason on several charges including sexual activity with an animal, exposing sexual organs, and criminal mischief to a place of worship. That day, officers responded to an apartment complex in the 2600 block of McMullen Booth Road around 4:30 p.m.

According to Mason's arrest affidavit, he knew the owner of the dog and was taking the goldendoodle out for a walk in the apartment complex. Then, he started having sex with the dog in front of witnesses, including adults and a juvenile who was less than 16 years old, police said.

When Mason was confronted by one of the adults, he fled and "began to wreak havoc in the surrounding areas," his affidavit read in part.

Police said Mason ran to the Northwood Presbyterian Church, where he knocked over a nativity display, broke potted plants, and tossed children's toys from the playground area. Officials estimated about $400 in damages to the church.

After leaving the church, police said he damaged a mailbox in the adjacent neighborhood and tried to steal a car before he was taken into custody.