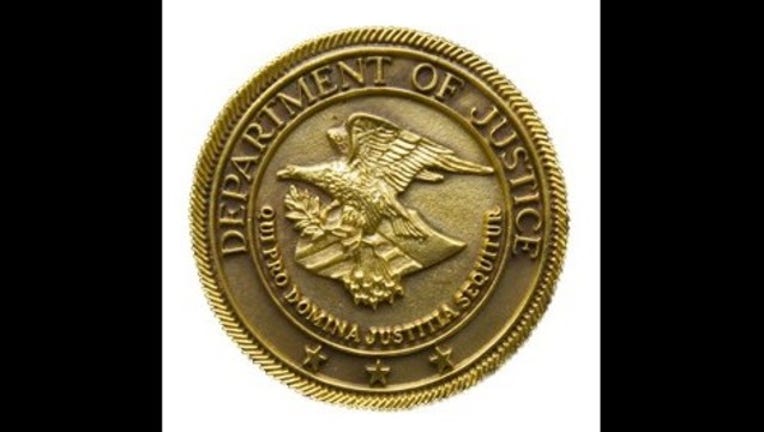 PITTSBURGH (AP) - Investigators shut down an online marketplace where cybercriminals bought and sold hacked databases, malicious software and other products that could cripple or steal information from computer systems, the Justice Department announced Wednesday.

More than 70 cybercriminals in the United States and 19 other countries are targets of the investigation, authorities said. Some of them have been charged, while others were the subject of search warrants because some countries require evidence to be seized before criminal charges can be filed, investigators said.

U.S. Attorney David Hickton and other federal investigators revealed the 18-month undercover inquiry in Pittsburgh. The city is home to a large FBI cybercriminal squad and the National Cyber-Forensics & Training Alliance - a public-private nonprofit that aims to defeat cybercriminals.

The site, called Darkode, was the largest-known English-language malware forum in the world, authorities said.

The site, which had roughly 250 to 300 active members, was seized and shut down by authorities Tuesday as most of the arrests were being made and search warrants were being executed.

Hackers couldn't just log onto the site. They had to be vouched for or nominated by current members to be able to buy, sell or solicit illegal wares or services on the site, authorities said.

Some of the targets were responsible for hacking into Sony's PlayStation Network and Microsoft's Xbox Live services last year around Christmas, authorities said.

British authorities in January arrested an 18-year-old man for computer hacking offenses related to the disruptions but hadn't released his name. The South East Organized Crime Unit said then it had worked with the FBI.

But other threats and information marketed through Darkode have far more sinister implications.

The advertised products included personal information from customers who participated in an automobile auction, personal information of 39,000 people from a database of Social Security numbers and 20 million emails and usernames that could be used to target people for identity theft, phishing emails or other schemes.

The programs for sale included "ransomware," a virus that can lock a computer or network until a ransom is paid to the hacker who installed it.

Those arrested or searched live in the United States, United Kingdom, Australia, Bosniz-Herzegovina, Brazil, Canada, Colombia, Costa Rica, Croatia, Cyprus, Denmark, Finland, Germany, Israel, Latvia, Macedonia, Nigeria, Romania, Serbia and Sweden. There are victims in all of those countries, and others, authorities said.

The U.S. Department of Justice released the following statement on Wednesday:

The computer hacking forum known as Darkode was dismantled, and criminal charges have been filed in the Western District of Pennsylvania and elsewhere against 12 individuals associated with the forum, announced Assistant Attorney General Leslie R. Caldwell of the Justice Department’s Criminal Division, U.S. Attorney David J. Hickton of the Western District of Pennsylvania and Deputy Director Mark F. Giuliano of the FBI.

“Hackers and those who profit from stolen information use underground Internet forums to evade law enforcement and target innocent people around the world,” said Assistant Attorney General Caldwell.  “This operation is a great example of what international law enforcement can accomplish when we work closely together to neutralize a global cybercrime marketplace.”

“Of the roughly 800 criminal internet forums worldwide, Darkode represented one of the gravest threats to the integrity of data on computers in the United States and around the world and was the most sophisticated English-speaking forum for criminal computer hackers in the world,” said U.S. Attorney Hickton.  “Through this operation, we have dismantled a cyber hornets’ nest of criminal hackers which was believed by many, including the hackers themselves, to be impenetrable.”

“This is a milestone in our efforts to shut down criminals’ ability to buy, sell, and trade malware, botnets and personally identifiable information used to steal from U.S. citizens and individuals around the world,” said Deputy Director Giuliano.  “Cyber criminals should not have a safe haven to shop for the tools of their trade and Operation Shrouded Horizon shows we will do all we can to disrupt their unlawful activities.”

As alleged in the charging documents, Darkode was an online, password-protected forum in which hackers and other cyber-criminals convened to buy, sell, trade and share information, ideas, and tools to facilitate unlawful intrusions on others’ computers and electronic devices.  Before becoming a member of Darkode, prospective members were allegedly vetted through a process in which an existing member invited a prospective member to the forum for the purpose of presenting the skills or products that he or she could bring to the group.  Darkode members allegedly used each other’s skills and products to infect computers and electronic devices of victims around the world with malware and, thereby gain access to, and control over, those devices.

The takedown of the forum and the charges announced today are the result of the FBI’s infiltration, as part of Operation Shrouded Horizon, of the Darkode’s membership.  The investigation of the Darkode forum is ongoing, and the U.S. Attorney’s Office of the Western District of Pennsylvania is taking a leadership role in conjunction with the Criminal Division’s Computer Crime and Intellectual Property Section (CCIPS).

The following defendants face charges in the Western District of Pennsylvania:

Johan Anders Gudmunds, aka Mafi aka Crim aka Synthet!c, 27, of Sollebrunn, Sweden, is charged by indictment with conspiracy to commit computer fraud, conspiracy to commit wire fraud, and conspiracy to commit money laundering.He is accused of serving as the administrator of Darkode, and creating and selling malware that allowed hackers to create botnets.Gudmunds also allegedly operated his own botnet, which at times consisted of more than 50,000 computers, and used his botnet to steal data from the users of those computers on approximately 200,000,000 occasions.

Morgan C. Culbertson, aka Android, 20, of Pittsburgh, is charged by criminal information with conspiring to send malicious code.He is accused of designing Dendroid, a coded malware intended to remotely access, control, and steal data from Google Android cellphones.The malware was allegedly offered for sale on Darkode.

Eric L. Crocker, aka Phastman, 39, of Binghamton, New York, is charged by criminal information with sending spam.He is accused of being involved in a scheme involving the use of a Facebook Spreader which infected Facebook users’ computers, turning them into bots which Crocker controlled through the use of command and control servers.  Crocker sold the use of this botnet to others for the purpose of sending out massive amounts of spam.

Naveed Ahmed, aka Nav aka semaph0re, 27, of Tampa, Florida; Phillip R. Fleitz, aka Strife, 31, of Indianapolis; and Dewayne Watts, aka m3t4lh34d aka metal, 28, of Hernando, Florida, are each charged by criminal information with conspiring to send spam.They are accused of participating in a sophisticated scheme to maintain a spam botnet that utilized bulletproof servers in China to exploit vulnerable routers in third world countries, and that sent millions of electronic mail messages designed to defeat the spam filters of cellular phone providers.

Murtaza Saifuddin, aka rzor, 29, of Karachi, Sindh, Pakistan, is charged in an indictment with identity theft.Saifuddin is accused of attempting to transfer credit card numbers to others on Darkode.

The following defendant faces charges in the Eastern District of Wisconsin:

Daniel Placek, aka Nocen aka Loki aka Juggernaut aka M1rr0r, 27, of Glendale, Wisconsin, is charged by criminal information with conspiracy to commit computer fraud.He is accused of creating the Darkode forum, and selling malware on Darkode designed to surreptitiously intercept and collect email addresses and passwords from network communications.

The following defendants face charges in the District of Columbia:

Matjaz Skorjanc, aka iserdo aka serdo, 28, of Maribor, Slovenia; Florencio Carro Ruiz, aka NeTK aka Netkairo, 36, of Vizcaya, Spain; and Mentor Leniqi, aka Iceman, 34, of Gurisnica, Slovenia, are each charged in a criminal complaint with racketeering conspiracy; conspiracy to commit wire fraud and bank fraud; conspiracy to commit computer fraud, access device fraud and extortion; and substantive computer fraud.Skorjanc also is accused of conspiring to organize the Darkode forum and of selling malware known as the ButterFly bot.

The following defendant faces charges in the Western District of Louisiana:

Rory Stephen Guidry, aka k@exploit.im, of Opelousas, Louisiana, is charged with computer fraud. He is accused of selling botnets on Darkode.

The charges and allegations are merely accusations.  A defendant is presumed innocent until and unless proven guilty.

In a related case, Aleksandr Andreevich Panin, aka Gribodemon, 26, of Tver, Russia; and Hamza Bendelladj, aka Bx1, 27, of Tizi Ouzou, Algeria, pleaded guilty on Jan. 28, 2014, and June 26, 2015, respectively, in the Northern District of Georgia in connection with developing, distributing and controlling SpyEye, a malicious banking trojan designed to steal unsuspecting victims’ financial and personally identifiable information.  Bendelladj and Panin advertised SpyEye to other members on Darkode.  One of the servers used by Bendelladj to control SpyEye contained evidence of malware that was designed to steal information from approximately 253 unique financial institutions around the world.  Panin and Bendelladj will be sentenced at a later date.

This case is being prosecuted by Assistant U.S. Attorneys Steven Grimberg and Kamal Ghali of the Northern District of Georgia.