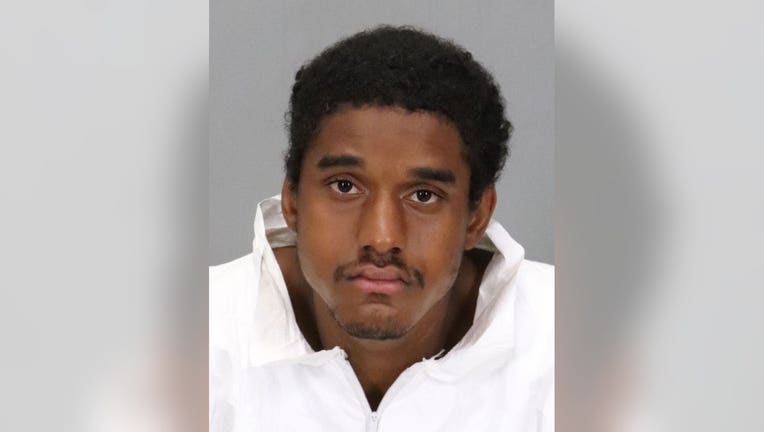 San Jose police have arrested a man accused of breaking into a family's home on Aug. 6 and raping an eight-year-old girl (San Jose Police Department)

SAN JOSE, Calif. - San Jose police in California have arrested a man accused of breaking into a family's home earlier this month and raping an 8-year-old girl before her grandfather chased him out of the house, according to authorities.

Dupree Kenneth Hornsby, 24, is accused of breaking into the victim's home on Aug. 6 around 7:30 a.m. PT on the 100 block of Damsen Drive, where he found her playing in her room, at which point he sexually assaulted her, according to the district attorney's office.

"This nightmare of a crime has shaken all of us," District Attorney Jeff Rosen said in an Aug. 10 statement. "The alert police officer who saw and arrested this predator just hours later, and before anyone else was hurt, is a credit to the badge and our community."

Once Dupree stopped allegedly assaulting the child, she ran to her grandfather, who chased the suspect out of their house, according to The Mercury News.

Hornsby has no ties to the juvenile victim nor her family, according to the San Jose Police Department and district attorney.

The victim, who was interviewed and treated for injuries at the District Attorney’s Child Advocacy Center, gave an accurate description of Hornsby to police, who were able to locate him in the surrounding area less than two hours later at 9:10 a.m. PT.

The suspect was arraigned on Tuesday and faces life in prison if convicted.

Police are asking anyone with information about the case to contact Detective Yue or Detective Sgt. Marquardt of the San José Police Department’s Sexual Assaults Investigation Unit at 408-277-4102. Those who would like to submit an anonymous tip can call the Crime Stoppers Tip Line at 408-947-STOP (7867) or click the "Submit a Tip" on the Crime Stoppers website.

Get updates on this story from FOX News.