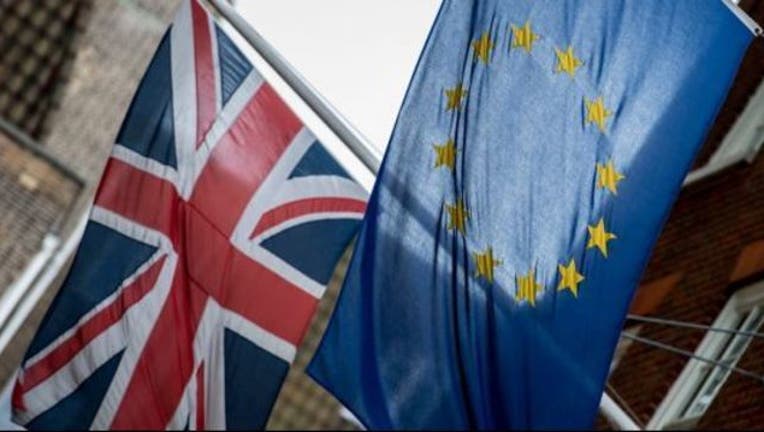 LONDON (AP) - Britain's government will begin the process of leaving the European Union on March 29, starting the clock on the two years in which to complete the most important negotiation for a generation.

Britain's ambassador to the 28-nation EU, Tim Barrow, informed the European Council President Donald Tusk of the timing on Monday morning, the Department for Exiting the European Union said.

The notification of triggering Article 50 of a key EU treaty will come in the form of a letter delivered to Tusk - though it was unclear whether it would come through an actual letter or an electronic missive.

"We are on the threshold of the most important negotiation for this country for a generation," Brexit secretary David Davis said. "The government is clear in its aims: a deal that works for every nation and region of the UK and indeed for all of Europe - a new, positive partnership between the U.K. and our friends and allies in the European Union."

The 10 Downing Street office of Prime Minister Theresa May said that she will make a statement in the House of Commons on the day Article 50 is triggered. The announcement came after May pushed through legislation to start the negotiations to start withdrawal - a process set in motion by voters in a June 23 referendum.

The European Commission said it stood ready to help launch the negotiations.

"Everything is ready on this side," commission spokesman Margaritis Schinas said.

The letter May sends next week will plunge Britain into a period of intense uncertainty. The country doesn't know what its future relationship with the bloc will look like - whether businesses will freely be able to trade, students can study abroad or pensioners will be allowed to retire with ease in other EU states. Those things have become part of life since the U.K. joined what was then called the European Economic Community in 1973.

It's not even certain the United Kingdom will survive the exit intact. Scotland's nationalist first minister, Nicola Sturgeon, is seeking a referendum on independence within two years. Scottish voters backed remaining in the EU, and Sturgeons said Scotland mustn't be "taken down a path that we do not want to go down without a choice."

The trigger for all this tumult is the innocuous-sounding Article 50 of the EU's Lisbon Treaty, a never-before-used mechanism for withdrawing from the bloc. It stipulates that the two sides now have until March 2019 to agree on a divorce settlement and - if possible - establish a new relationship between Britain, the world's No. 5 economy, and the EU, a vast single market containing 500 million people.