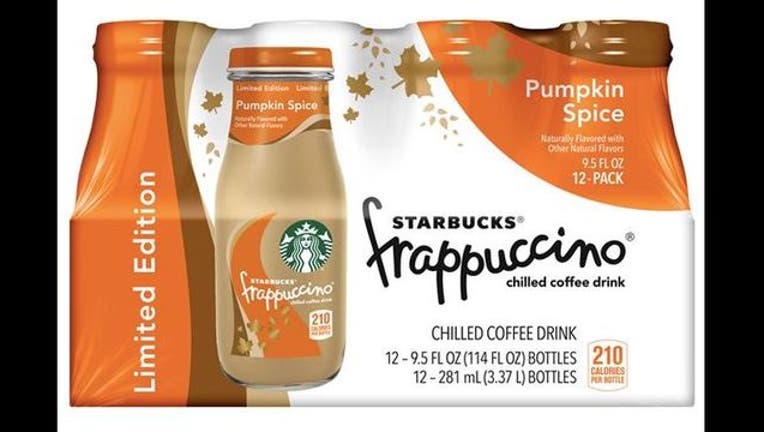 (FOX 11) - The popular fall-time beverage from Starbucks is making its way to grocery store shelves nationwide this fall.

Pumpkin Spice Lattes will be sold in bottled form at grocery stores around the country in addition to Costco, where they debuted last fall.

A Starbucks representative tells Eater that Bottled Pumpkin Spice Frappuccinos will hit store shelves in early September, though it is not yet clear which chains will sell them.

The individual bottles are expected to sell for under $3 each and they will also be sold by the case.

As for the real deal, Starbucks locations brought back the Pumpkin Spice Latte on September 8 last year, but a date has not been announced for this year.

Meanwhile McDonald's is releasing its version, the McCafe Pumpkin Spice Latte on August 31.