HOUSTON - Beyonce has put a smile on the face of a little girl going through a tough time. In fact, as you'll see in this Positively Houston the entire Houston community is showing up for little Lyric in a big way. 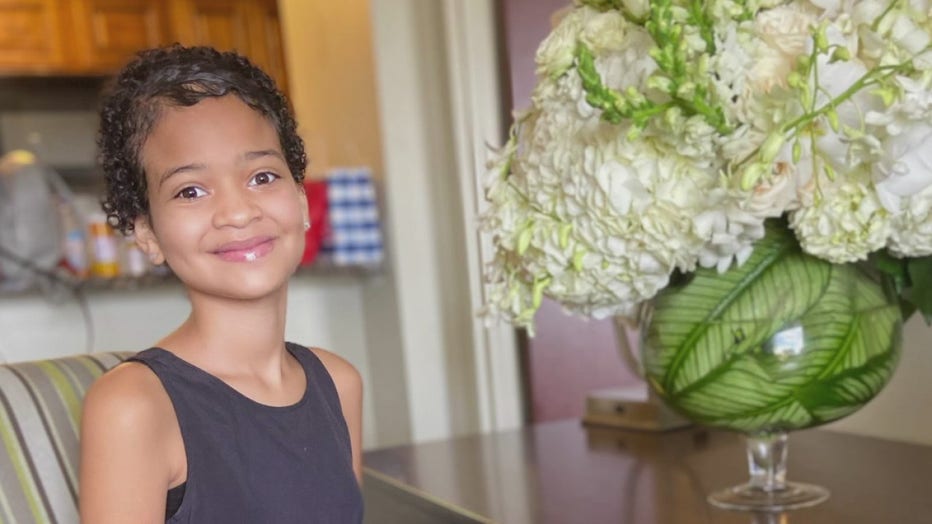 How can you not smile when you receive flowers from Beyonce? Yes, the Queen B herself heard about little Lyric Jacks who's battling a brain tumor, and shortly after waking up from brain surgery Lyric was singing a Beyonce song. “Halo” Lyric is on video belting out in the hospital.

Music is so deeply ingrained in the beautiful songbird her name is actually Lyric Jacks. Just moments after her surgery to remove brain cancer Lyric began singing Beyonce's Halo. "I think the nurses that were in there at the time, that were caring for her, it was a tear-jerker for everyone to see that,” explains Lyric's mom Monica Valentine.

The 13-year-old was diagnosed with Stage 3 Brain Cancer when she was 11. "It's almost something you can't stop thinking about. I mean 24/7 its dreams and nightmares,” says Lyric's Dad LaMore Jacks. He says he's dreaming of Lyric being healed but living a nightmare because she's not.

Lyric suffered a stroke after her third surgery and had to overcome paralysis. Now after her fourth operation. "She can't see right now,” her mom explains.

The family is from Georgia but Lyric is being treated in Houston now. Dr. David Sandberg performed Lyric's surgery last month and says “Lyric has inspired all of us with her determination...upbeat spirit and...immense strength”.

Since arriving the family has received a huge hug of support from the Houston community.

"I actually saw her on my timeline on Instagram,” says rapper Trae Tha Truth.

"First I went and took her gifts and then, of course, we were pushing the GoFundMe, took her to get her grill, necklaces, shoes, just stuff to let her live. She loves music. I even had her in the studio with me,” Trae says.

"He took me shopping. You see this? He bought me this,” Lyric smiles as she shows off a beautiful necklace with a 'musical notes' charm dangling from it.

Houston's own Queen B, Beyonce sent Lyric flowers. "I love Beyonce so I was like wow,” Lyric smiles.

"When I read the card and it says God bless and B and I almost wanted to cry,” adds Lyric's mom.

"Here in Houston you feel that hospitality that people speak of in the South,” explains Lyric's Dad.

Trae says because tomorrow isn't promised he wants the family to enjoy their daughter and not spend this time stressed. He's also doing what Lyric's mom and dad say maybe most important, asking for God's help. “Just that Lyric Iives a long life that she's supposed to live and just to shield and cover her. Those are my prayers for her,” says Trae.

"We all pray together as a family. Lyric loves to pray,” Lyric's dad says.

Surgery couldn't remove all of the tumor. Lyric is expected to start radiation soon but unfortunately, she had several seizures and she's back in the hospital.

Other musicians have now also reached out to Lyric including TI, Tiny, and Lil Duval.

Trae says because Lyric's parents left their jobs in Georgia to get treatment for their daughter in Houston, he's trying to help the family as much as possible. If you'd like to help there are Lyric T-shirts and face masks that can be ordered here.