Houstonians are remembering George Longoria, a well-known and beloved security guard who recently died of COVID-19.

HOUSTON - Many Houstonians may have met George Longoria, a long-time security guard who worked BBVA stadium. Longoria passed away last week due to complications from COVID-19. His family is grateful for the support they have received and wanted to share his story.

Lauren Longoria last spoke with her father George on Father's Day, right before he was rushed to the hospital. She says the family is having difficulty mourning the loss properly since her mother and grandmother were diagnosed with the virus as well.

“However, we've seen so much love and appreciation come through from everyone from friends and family to celebrities.”

It’s an outpouring of support the Longoria family needs during this difficult time. George was 50 years old when he passed away on July 10 from COVID-19.

He was known for his big heart and wanting to always make others smile. 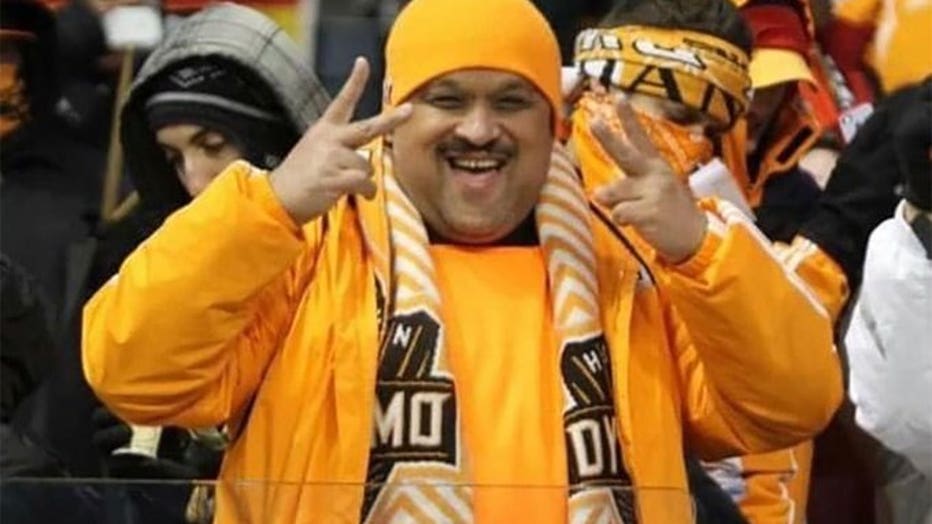 “Just having those stories to lean on really just help kind of get us through it for right now.” says his daughter.

She tells FOX 26 it was a tough blow for her since she lives in California, especially when she found out her mother and grandmother also tested positive. “It was heartbreaking, to be honest with you. It was. I just spiraled a little bit. But again, I've been hopeful that the signs that they've had are far less and we of course caught it sooner with them, then we did with my dad.”

Having spent much of his time working security at Dynamo games, some current and former players would like to see George honored.

“To know that this was his second home away from home and to have an honor like that would be phenomenal. And honestly, I would just fly back to Houston, just to go to a game, just so I could see that and not to mention just see the game. With the Dynamo players, but it would just bring me so much joy to know that the things that he loves so much we're showing that love right back.” says Longoria.

FOX 26 reached out to the Houston Dynamo, they issued us this response:
“George was loved by everyone here at the club, and he had the ability to brighten each person’s day with his smile and personality. We are planning to honor him at the stadium, and are working through the details of where and what exactly it would entail.”