At the end of his life, Martin Luther King Jr. was fighting for universal basic income

Before he was assassinated, Martin Luther King Jr. was coordinating his Poor People's Campaign, a large-scale initiative to eradicate poverty in America.

LOS ANGELES - Throughout his 2020 presidential campaign, Democratic candidate Andrew Yang has passionately advocated for his proposed “Freedom Dividend,” a universal basic income for all American adults, “no strings attached.”

Yang contends that universal basic income is “a foundation on which a stable, prosperous, and just society can be built” — and he’s not the first person to make this suggestion.

In the last year of his life, Martin Luther King Jr. began working on a project that he called the “Poor People’s Campaign,” which centered around a march on Washington and a proposed $30 billion anti-poverty bill that would have guaranteed a basic universal income for Americans.

He was assassinated before he could carry the Poor People’s Campaign to fruition.

The initiative was a response to and condemnation of Lyndon B. Johnson’s War on Poverty, a large-scale expansion of social-welfare legislation that was intended to help end poverty in the U.S.

But King viewed these efforts as too disorganized and not comprehensive nor large enough to affect meaningful change.

In his 1967 book, “Where Do We Go From Here: Chaos or Community?,” King criticized the efforts of the federal government, writing, "the programs of the past all have another common failing — they are indirect. Each seeks to solve poverty by first solving something else."

King was also critical of the federal government’s prioritization of spending. As a champion of non-violence, King was outspoken in his condemnation of the Vietnam War. As the conflict raged on in the late 1960s, King increasingly spoke out against the federal government’s military spending, arguing that poverty in the U.S. could be eradicated with just a fraction of the budget allotted to sustain the military presence and fighting in Southeast Asia. 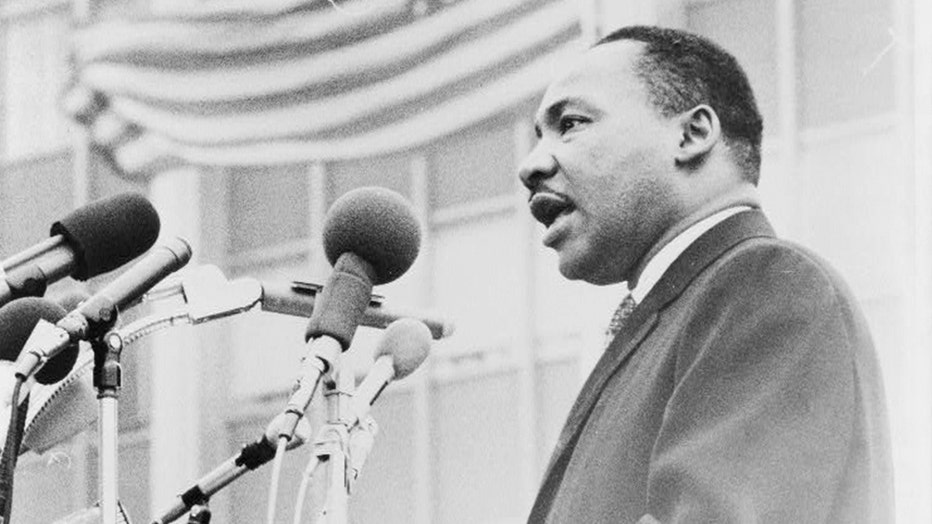 Martin Luther King Jr. speaks at an anti-Vietnam War demonstration in New York City on April 15, 1967. In his sermon, called ‘Beyond Vietnam,’ King spoke about the war’s disproportionate toll on the poor, both abroad and at home. King’s opposition to (Don Rice/World Journal Tribune courtesy of the Library of Congress, Prints & Photographs Division)

King organized the Poor People’s Campaign with assistance from the Southern Christian Leadership Conference (SCLC) to rally poor Americans of all races and backgrounds to join together to demand an economic bill of rights that would raise the standard of living for all the nation’s poor.

Conditions for people of color in America were not improving in the wake of legislative victories of the Civil Rights Movement. Laws were changing, but segregation and discrimination were rampant, and King saw a connection between economic discrimination and de facto segregation.

Targeting wealth inequality and ensuring that all Americans’ basic needs were met, King believed, was the key to building a stronger, more equitable society.

The contemporary tendency in our society is to base our distribution on scarcity, which has vanished, and to compress our abundance into the overfed mouths of the middle and upper classes until they gag with superfluity. If democracy is to have breadth of meaning, it is necessary to adjust this inequity. It is not only moral, but it is also intelligent. We are wasting and degrading human life by clinging to archaic thinking.The curse of poverty has no justification in our age. It is socially as cruel and blind as the practice of cannibalism at the dawn of civilization, when men ate each other because they had not yet learned to take food from the soil or to consume the abundant animal life around them. The time has come for us to civilize ourselves by the total, direct and immediate abolition of poverty.

King planned to put pressure on the federal government to address the issue of poverty by organizing a massive March on Washington, set to occur in April 1968, that would culminate with the erection of a tent city at the National Mall where the nation’s poor and unemployed would remain until an economic bill of rights was adopted.

We will place the problems of the poor at the seat of the Government of the wealthiest Nation in the history of mankind. If that power refuses to acknowledge its debt to the poor, it will have failed to live up to its promise to insure life, liberty, and the pursuit of happiness to its citizens.

In March 1968, King put his planning for the Poor People’s Campaign on hold to assist with the sanitation workers strike that was unfolding in Memphis, Tenn.

On the last day of his life, King was with other SCLC leaders at the Lorraine Motel in Memphis. As he and Rev. Ralph Abernathy were preparing to leave the hotel for dinner, Abernathy mentioned to King that he would not be able to attend the poor people’s march because of a revival he had planned at West Hunter Street Baptist Church in Atlanta for that same day. King told Abernathy he wouldn’t carry out the march without him.

His plans were cut short that evening when he was assassinated on the balcony of the Lorraine Motel.

In the wake of her husband’s assassination, Coretta Scott King carried forward the Poor People’s Campaign, but much of the momentum was lost following the loss of the movement’s leader. On May 12, 1968, she led demonstrators on the long march to Washington, D.C., where they camped for six weeks in a shantytown that became known as Resurrection City. 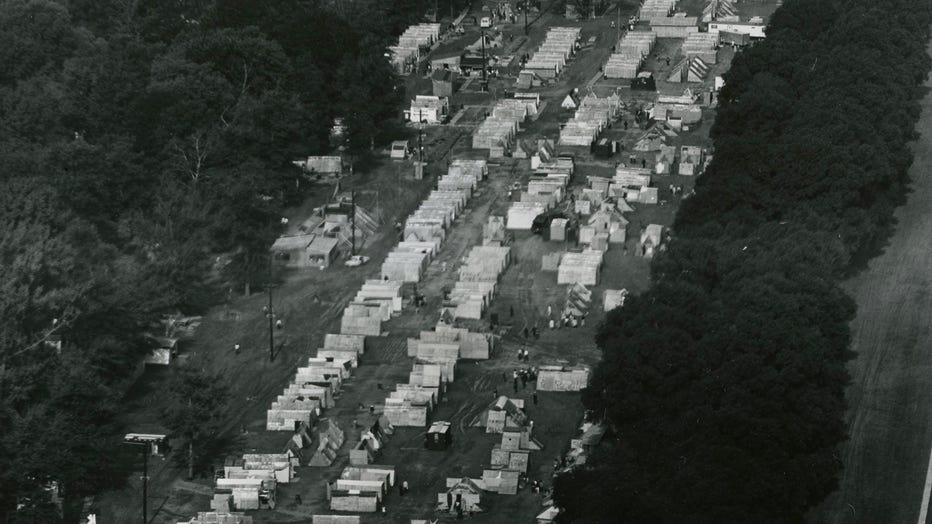 The makeshift settlement faced too many insurmountable problems, including unusually heavy rainfall that turned the terrain into a swamp and a disorganized vision among participants, some of whom resorted to violence in their protests. 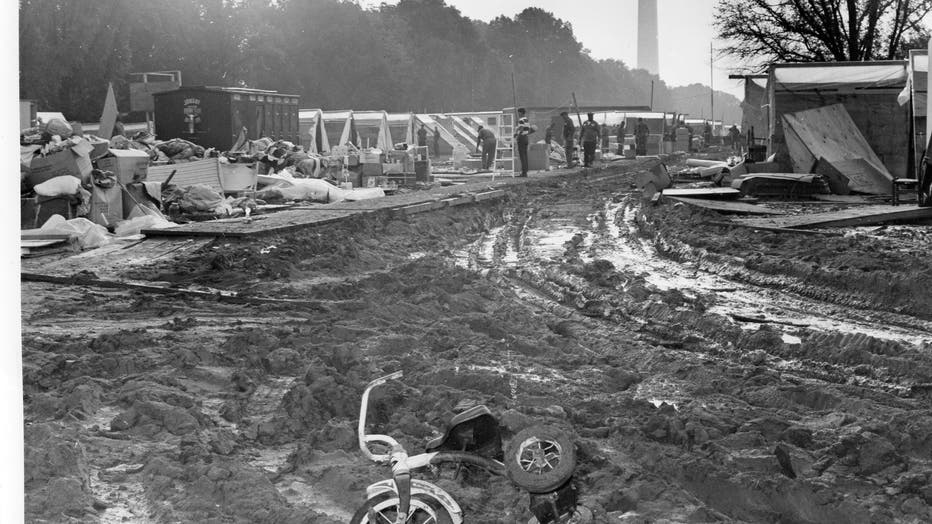 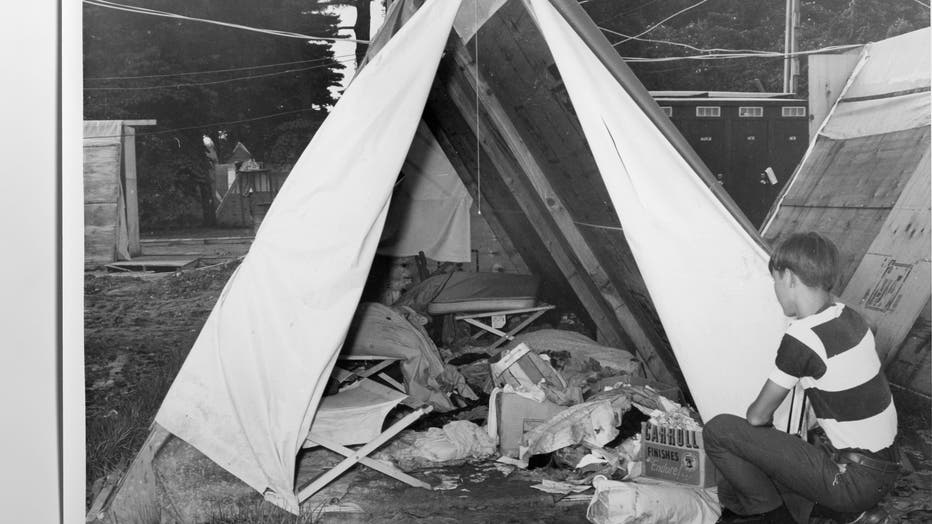 Over 50,000 people gathered at the Lincoln Memorial for one last public event on June 19, 1968, as SCLC leaders reaffirmed the purpose and goals of the Poor People’s Campaign. 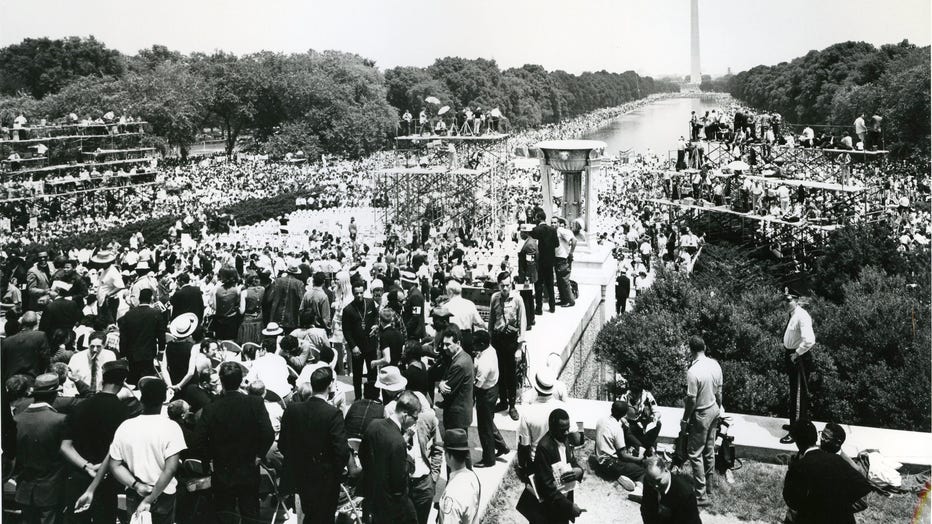 The idea of universal basic income has made sporadic comebacks in the past 50 years, but never with as much visibility as Andrew Yang’s push to enact a “Freedom Dividend,” which has brought the idea to the forefront of the nation’s consciousness once more.