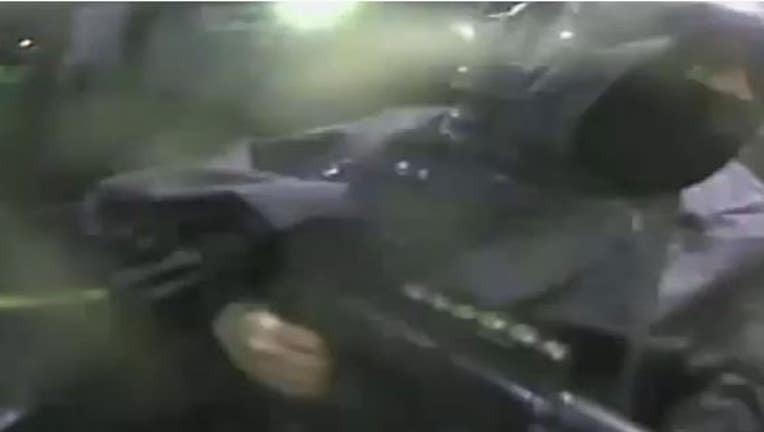 On Saturday, November 28, authorities said an unknown male walked up to the drive-thru window at a fast food restaurant located at 10000 block of Hammerly in Northwest Houston.

HOUSTON - The Houston Police Department Robbery Division needs your help in identifying the suspect responsible for an aggravated robbery with a deadly weapon.

On Saturday, November 28, authorities said an unknown male walked up to the drive-thru window
at a fast-food restaurant, located at 10000 block of Hammerly in Northwest Houston.

Police said the male pointed a shotgun at the employees inside the business, at which time the employees ran out of sight from the suspect.

That’s when the suspect set his shotgun down, reached into the window, and attempted to pull the money tray out.

Authorities said as the suspect was pulling the money tray out the window, an employee taking the trash out saw the suspect.

The employee ran towards the suspect, grabbed him and a brief struggle ensued, not realizing he had a shotgun, authorities stated.

We’re told the suspect lost one of his shoes during the brief struggle with the employee.

Police added the employee was able to punch the suspect several times with a closed fist resulting in the suspect running off leaving his shoe and shotgun behind.

Crime Stoppers may pay up to $5,000 for information leading to the charging and/or arrest of the suspect in the case.

If you have any information, contact Crime Stoppers at (713) 222-TIPS or submit your tip online at www.crime-stoppers.org.