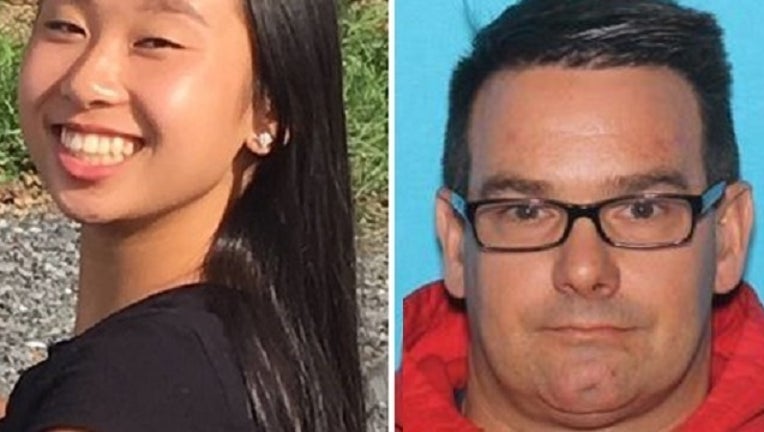 ALLENTOWN, Pa. (AP) - Authorities say a missing Pennsylvania teenager and a 45-year-old man who frequently signed her out of school without her parents' permission have been located in Mexico, and the man has been arrested.

The Allentown Morning Call reports U.S. and Mexican authorities found Kevin Esterly and 16-year-old Amy Yu in Playa del Carmen on Saturday. They are being returned to the U.S.

Esterly was taken into custody and will face a charge of interference with the custody of a child when he arrives in Pennsylvania.

The newspaper reports police have told Amy's mother that her daughter was found unharmed.

Esterly and Amy had been missing since March 5. Police issued a missing person alert and filed a warrant for Esterly's arrest.

They believe the teen went willingly with him.