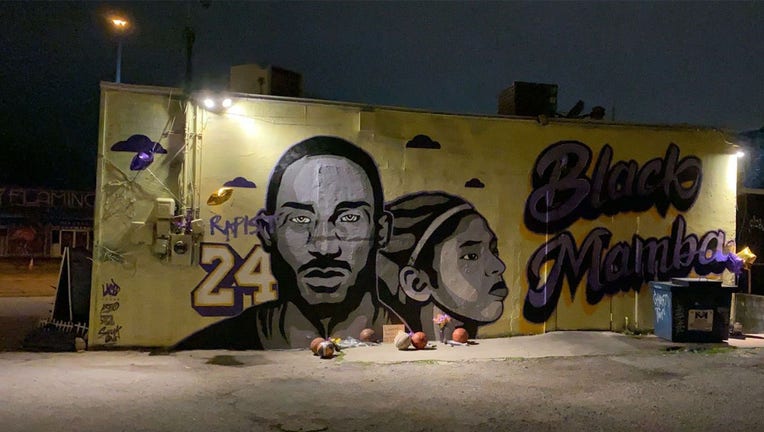 AUSTIN, Texas - A Central Austin mural honoring the late Kobe Byrant and his daughter Gianna was defaced just hours after it was completed.

The mural, completed Thursday, was created in honor of Kobe and his daughter who, along with 7 others, lost their lives in a helicopter crash last week in California.

At some point overnight, someone visited the mural and defaced it with the word "rapist," referring to a 2003 case in which Bryant was accused of raping a 19-year-old woman. The case was dropped before going to court.

Rashad Rivers went to visit the mural early Friday night where he snapped the picture of the defacement saying, "Went to pay my respects to Kobe but the mural has already been defaced(?)"

The mural has since been fixed.