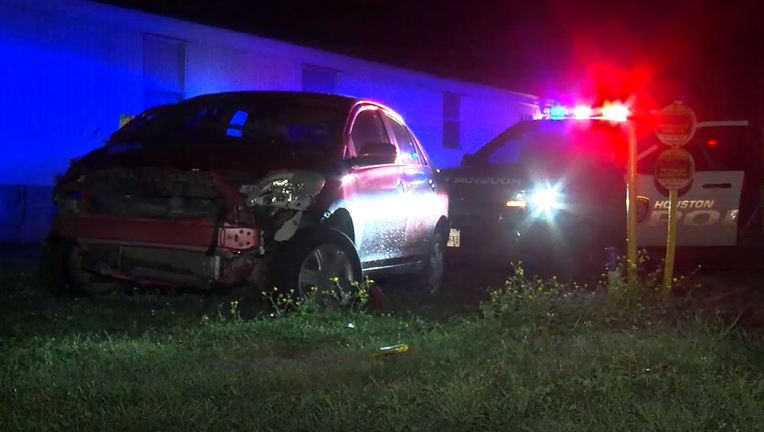 Around 12:45 a.m., HPD officers attempted to pull over a vehicle near 9000 Swiftwater. The vehicle fled from officers and a pursuit ensued, lasting about 10 minutes before the vehicle came to a stop with heavy damage after crashing. During the chase, the driver backed into a patrol vehicle.

5 suspects were eventually taken into custody, wanted for carjacking the vehicle they were driving. All appear to be juveniles.