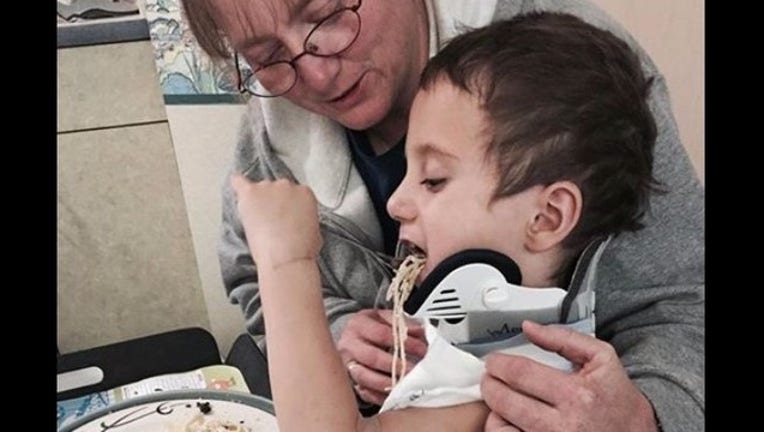 Killian Gonzalez being fed, from Go Fund Me page. He's expected to make a full recovery.

(FOX NEWS) - A 4-year-old boy who was internally decapitated when the car he was riding in crashed during a hail storm is out of the hospital and expected to make a full recovery.

Killian Gonzalez had devastating injuries: A right arm fracture, broken ribs, bruised lungs, ruptured spleen – and an internal dislocation of his skull from his spine.

In an internal decapitation, the head is connected to the spine only by strands of tissue or muscle. About 70 percent of those inflicted with the injury die immediately and 15 percent more die at the hospital, according to medical journals.

Killian suffered the horrific injury last month, while he and his mother were traveling on icy roads back from Idaho to Nevada after celebrating the boy’s birthday, according to a GoFundMe page which contains more pictures.

Their car smashed head-on into another vehicle, fracturing both of Brandy’s legs and her left arm. The other driver was not seriously injured.

Click here for the full story, including the action that likely saved the boy’s life, from Fox News.