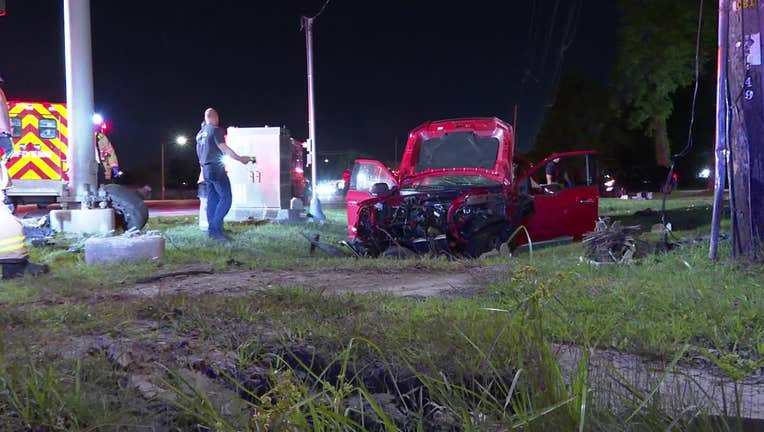 Authorities responded to the scene of a two-vehicle crash in northeast Houston.

HOUSTON - A man was taken to the hospital in critical condition and three other people were also hospitalized after a two-vehicle crash in northeast Houston.

The Houston Police Department and the Houston Fire Department responded to the scene and found a pickup truck and a car off of the roadway.

Authorities say one man was trapped inside his pickup truck and a pole was down underneath the vehicle. He was extricated by HFD and taken to the hospital in critical condition.

Three other people were taken to the hospital in stable condition.

It is unclear how the crash occurred. The investigation is ongoing.