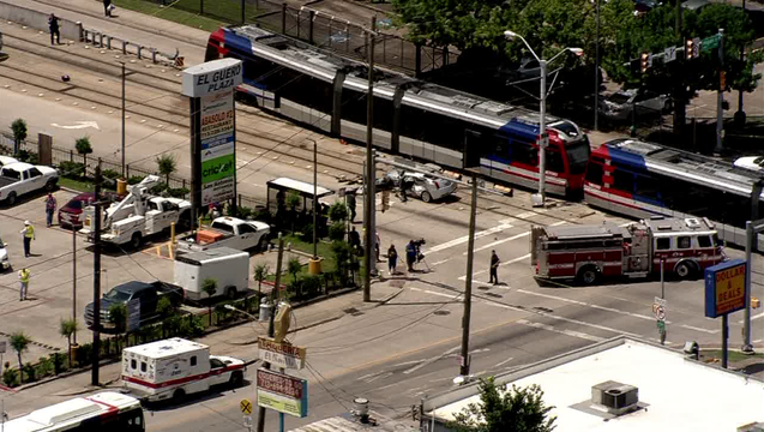 HOUSTON (FOX 26) - Two people were taken to the hospital after a crash involving a car and METRO Rail train in north Houston.

METRO Police are on the scene of the crash near Hogan and North Main.

Police say driver of the car and a passenger on the train were taken to the hospital.

Part of the train is on the tracks on the southbound rail line. Officials say it is unclear when service will return.