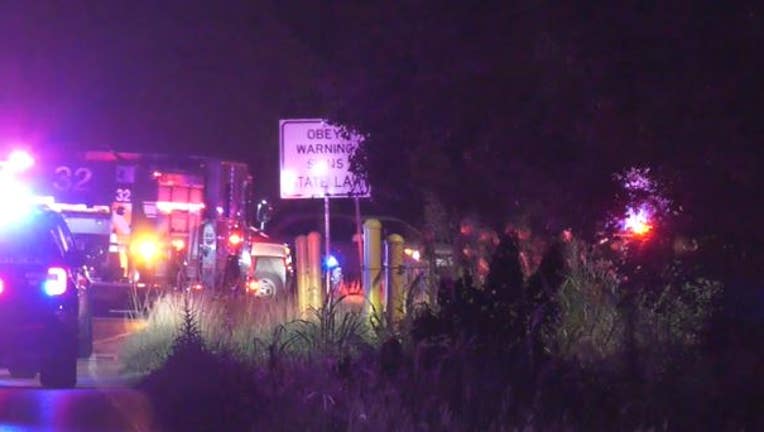 HOUSTON - Authorities are piecing together what led to a man's death in northeast Houston, where his body was found in a ditch overnight Saturday.

According to the Houston Police Department, a call came in for a fatal stabbing and a shooting near the 8700 block of Valley Flag Dr.

Responding officers say they found an unidentified man's body lying in a ditch over on Tidwell Rd with what appeared to be stab wounds and was pronounced dead at the scene.

Another man near the scene was found also with stab wounds and rushed to the hospital in serious condition.

It's unclear how everything unfolded, police say, but it's believed there was a gathering at the location when a fight broke out at some point and two men were stabbed. However, officials say the stories are conflicting.

Currently, two brothers were detained by HPD and an investigation remains underway.