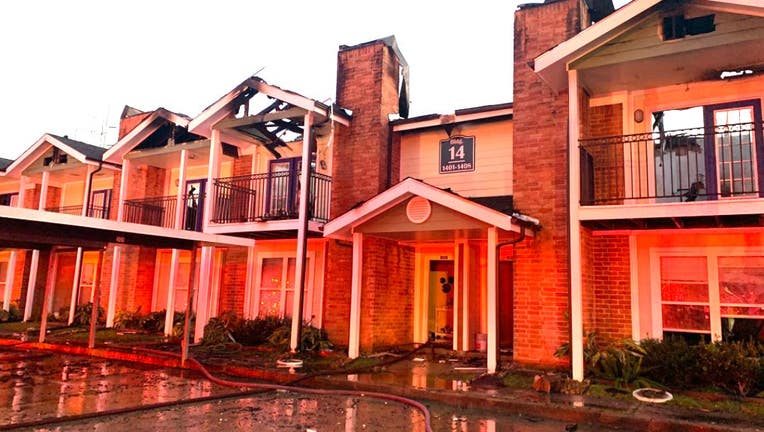 According to authorities, the fire sparked up in the 600 block of Cypress Station, just before 4:45 p.m.

Fire officials said a total of eight apartment units were damaged, but only three were occupied.

The Red Cross has been notified to assist the victims.