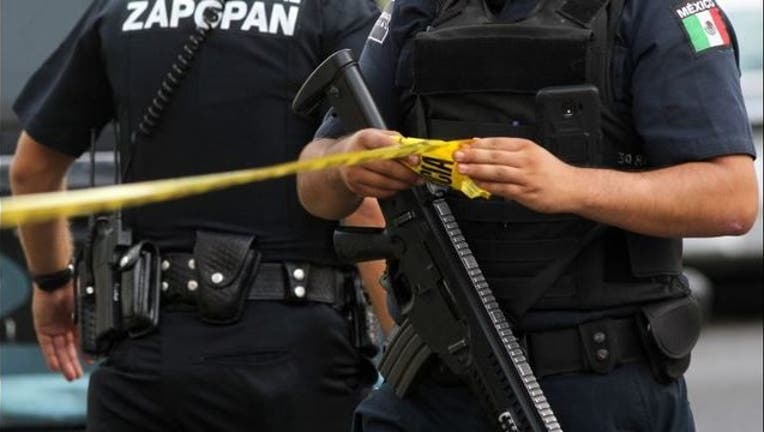 (FOX NEWS) - Mexican police have found 19 dead bodies, some hanged from an overpass and others butchered and dumped on the street, in what authorities suspect is a gang turf war, according to a report.

In the state of Michoacán, nine bodies were found in the city of Uruapán hanging from an overpass. Seven other bodies were chopped up and dumped on the road, with three additional bodies hacked up and left further down the road.

There was also a drug cartel banner hanging on the overpass that was not entirely legible. It read in part, "Be a patriot, kill a Viagra," according to the AP. Authorities suspect the banner is from the bloodthirsty Jalisco drug cartel, whose rival is the Viagras gang.

Some of the bodies were hanged with their hands bound and others with their pants down. Two of the bodies hanging on the overpass were women and were half-naked; one dismembered body was also a female. All the victims had been shot to death.

The act is a sobering reminder of the height of Mexico's drug war, in 2011 and 2012, when dozens of bodies would be dumped in piles along highways, including many decapitated bodies.

"This kind of public, theatrical violence, where you don’t just kill, but you brag about killing, is meant to intimidate rivals and send a message to the authorities. This kind of cynical impunity has been increasing in Michoacán," according to Alejandro Hope, a Mexican security analyst.

This year, Mexico has surpassed its own homicide record, which is up 5.3 percent - with 17,608 homicides - when compared to the first part of 2018.