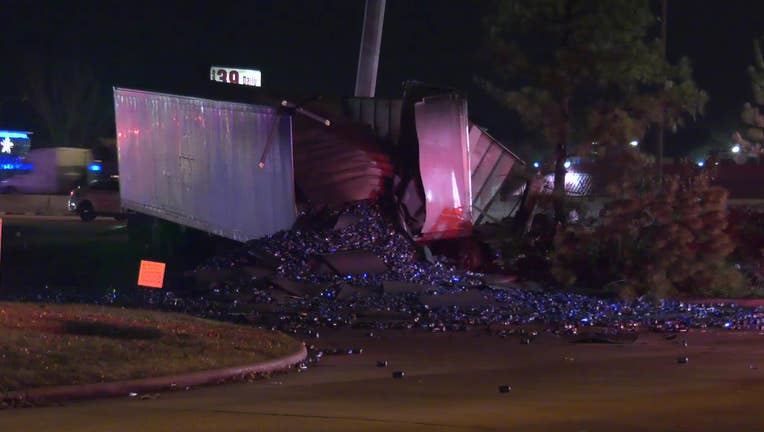 HOUSTON - An 18-wheeler driver died in a crash on the I-45 North Freeway early Wednesday morning.

According to Harris County Sheriff Ed Gonzalez, an 18-wheeler jackknifed and the driver was ejected. The driver died at the scene.

Several southbound lanes of I-45 North Freeway were shut down at FM 1960 due to the wreck. Sheriff Gonzalez says all main lanes, except the outside one, are now open. The on-ramp and service roads are still closed for clean-up.

The truck lost a load of empty cans. Hazmat was also called to the scene due to a possible diesel spill.