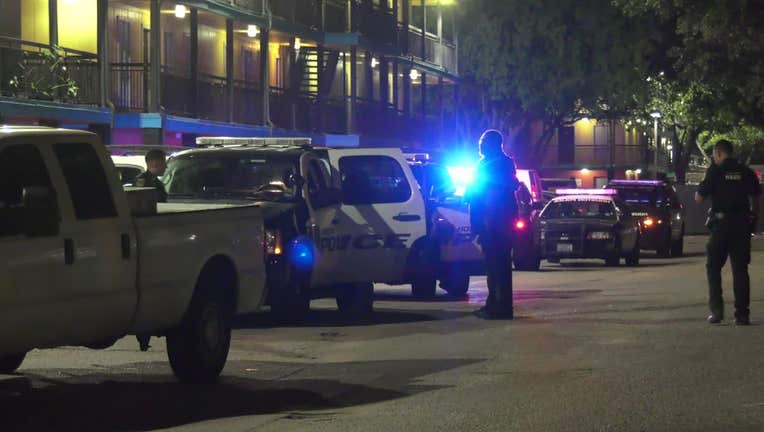 Houston police are searching for the person responsible for a shooting that injured a 16-year-old girl.

HOUSTON - Police are searching for the person who shot a 16-year-old girl in southwest Houston.

Officers arrived at an apartment complex on Glenmont Drive around 12:40 a.m. Thursday and found the girl had been shot in the shoulder. The victim told investigators that she and her friends were being followed by a suspicious vehicle, and when she got to the top of the stairs at her apartment complex, someone in a vehicle shot at her group.

The teen was taken to the hospital with non-life threatening injuries.

Police initially said they were receiving conflicting stories from witnesses and were investigating the possibility of the shooting being gang-related.

"The witnesses that we're talking to, again, they're conflicting statements. They talked about some gang signs too, so that's why we're suspecting possible gang activity. And they're also naming at least three different gang names too. So again, all of that is being looked into right now," said Asst. Chief Gaw.

Investigators are searching or the person or people responsible. Anyone with information in this case is urged to contact the HPD Major Assaults & Family Violence Division at 713-308-8800 or Crime Stoppers at 713- 222-TIPS.