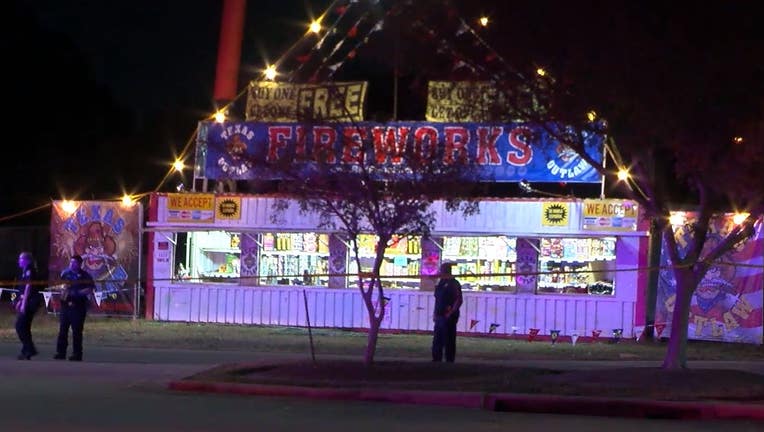 HOUSTON - One person is dead and one person has been injured following an attempted robbery at a fireworks stand on Highway 6.

According to Harris County deputies, the incident happened at 4820 SH 6 N.

Deputies say three to four men attempted to rob a fireworks stand and an employee possibly disarmed one of the suspects and fired shots at them.

One robbery suspect was reported to be dead on the scene, and another was wounded and taken to Ben Taub Hospital.