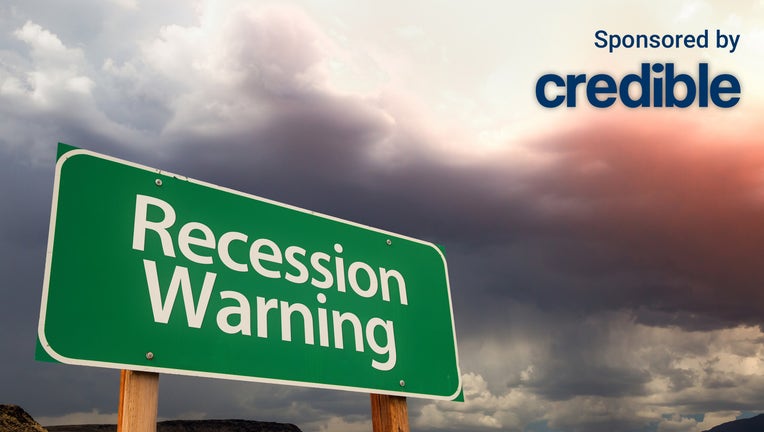 An economic recession could be on the horizon for 2023, according to Fannie Mae. Here's what that means for you. (iStock)

As the housing market continues to cool, the economy is expected to slip toward a recession by the start of next year, according to the latest Fannie Mae forecast.

The mortgage company said that the combination of high inflation, monetary policy tightening and a slowing housing market could be what tips the economy into a modest recession in 2023, according to the September 2022 commentary from its Economic and Strategic Research (ESR) Group.

GDP is projected to grow 1.3% in the third quarter of this year, followed by 0.7% growth in the fourth quarter, Fannie Mae said. The economy will then shrink again in the first quarter of 2023 with a contraction of -0.4%.

"The rise in rates is having the Fed’s desired effect on housing, as house price growth began to slow in June," Doug Duncan, Fannie Mae senior vice president and chief economist, said. "We expect the slowdown in housing to continue through 2023 as affordability constraints mount for potential homebuyers, and considering, too, that refinance activity has been significantly curtailed by the rise in mortgage rates."

Interest rates are expected to continue rising in the months ahead as the Federal Reserve continues to fight inflation. One way that you can take advantage of today’s mortgage rates is by refinancing your home loan. Visit Credible to find your personalized interest rate without affecting your credit score.

The Fed raised interest rates by 75 basis points at its meeting in September, marking the third consecutive 75-basis point increase and the fifth rate hike this year. The move came as inflation hit 8.3% annually in August. This was a slight improvement from July but still remains near the 40-year high set earlier this year and is much higher than the central bank’s preferred 2% annual average.

"In our view, the recent interest rate surge is due to the market’s recognition of two critical factors: that inflation is indeed not transitory, and that, to tame it, the Federal Reserve will need to be resolute, even at the risk of possible recession," Duncan said.

If you want to take advantage of interest rates before they rise further, you could consider using a personal loan to pay down high-interest debt at a lower rate. Visit Credible to compare multiple lenders at once and choose the one with the best interest rate for you.

Recession could be on the horizon for 2023

As the Fed fights inflation and raises interest rates, it is likely to throw the U.S. into a recession in the first part of 2023, according to Fannie Mae.

"Inflation’s entrenchment – and the policy action likely required of the Fed – confirms the expectation in our forecast of a moderate recession beginning in the first quarter of 2023," Duncan said.

Back-to-back negative GDP readings in the first half of 2022 created some debate about whether or not the U.S. is in a recession. Typically, economists consider a recession to be after two consecutive quarters of negative GDP growth. But the White House has said that may not be the case in this instance.

The National Bureau of Economic Research defines a recession as "a significant decline in economic activity that is spread across the economy and that lasts more than a few months." The bureau will typically wait as long as a year to declare that a recession has begun.

If you are struggling in today’s economy, you could potentially reduce your monthly expenses by refinancing your private student loans. To see if this is the right option for you, contact Credible to speak to a student loan expert and get all of your questions answered.