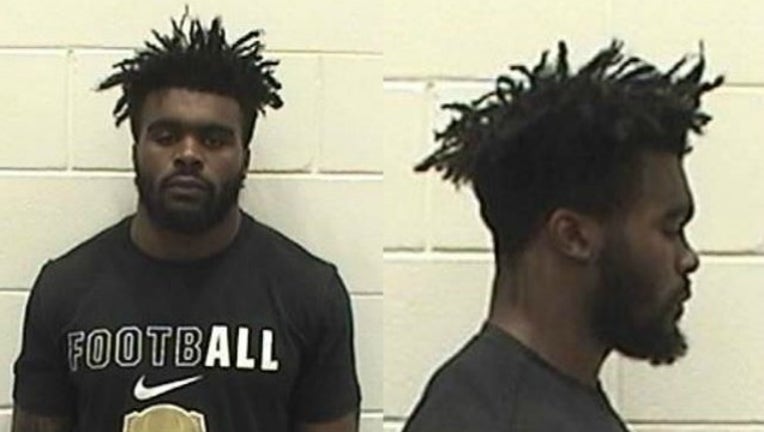 The University of Georgia sophomore running back, who appeared in five games last season, has been charged with possession and use of drug related objects and marijuana possession, less than one ounce.

Holyfield was booked into the Athens-Clarke County Jail at 3:19 a.m. and bonded out at 4:08 a.m., less than an hour later.

In 2016, Holyfield rushed four times for 27 yards vs. Ole Miss. He made his UGA football debut at Missouri.

He graduated from Woodward Academy in Atlanta was considered by many to be the top-rated rated running back in Georgia. He emerged as a national recruit in 2014, when he ran for more than 1,700 yards and scored 28 touchdowns. He was previously ranked by Scout.com as the No. 13 running back in the nation.

Holyfield is also a recipient of the Christian Walker Football Scholarship.