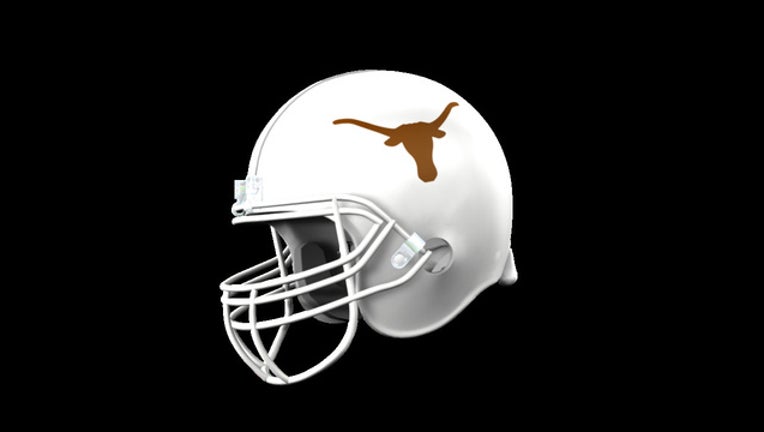 The Texas quarterback broke a tackle, burst up the middle and stretched the ball across the line as the Longhorns earned a huge victory for embattled coach Charlie Strong after two losing seasons.

Freshman Shane Buechele got the start over Swoopes, but the senior played a huge role in Texas' running game with two scores and big runs that punished Notre Dame defenders in overtime.

Buechele, the first freshman quarterback to start a Longhorns season opener since Bobby Layne in 1944, was impressive, with 280 yards passing and two long touchdown throws.

"I said a year ago we probably would have lost that football game because we didn't know how to finish," Strong said. "You knew (Buechele) could handle it. You knew the stage wouldn't be too big."

Notre Dame quarterback DeShone Kizer rallied the Irish from a 31-17 deficit in the third quarter and finished with 215 yards passing and five touchdowns.

Texas went ahead 37-35 on D'Onte Foreman's 18-yard touchdown run before Notre Dame blocked the extra point and Shaun Crawford returned it for 2-point score that tied it at 37 with just under 4 minutes left.

Notre Dame: Coach Brian Kelly will have to consider scrapping the quarterback rotation between Kizer and Malik Zaire that sapped all momentum and helped dig the Irish into a big hole. Kizer was the only quarterback to move the Irish whether it was passing or throwing and Zaire played only one series of the second half.

"No final decision has been made," Kelly said. "It's never easy playing two quarterbacks."

Texas: A huge win for Strong, who is fighting for his job with a new quarterback and a new offense.

"We needed tonight to get this program back in the spotlight," Strong said. "I know one game does not make a season. We have many more to go. But it's a great start."

It's been said time and again in recent years, but the Longhorns sure look as if they've got their quarterback, despite a sputtering second half. Buechele was deadly accurate on his deep throws early, and had the presence to speed the snap when the Notre Dame defense was struggling, and had the poise the throw away to avoid sacks.

His only big mistake was a third quarter interception that set up a Kizer touchdown run in the Notre Dame rally.

Notre Dame: The Irish play their home opener against Nevada on Saturday. The Wolf Pack beat Cal-Poly 30-27 in overtime in their first game.